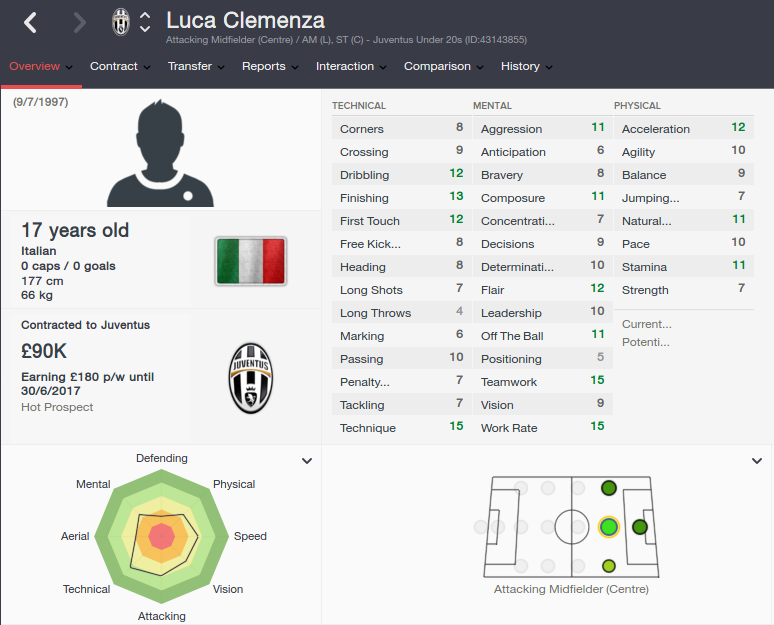 This FM 2016 player profile of Luca Clemenza shows a young versatile forward who can be developed into a top class number 10.

Looking at his future profile, it is clear that he has what it takes to play as a shadow striker, with the only stat slightly lacking being aggression, however other than that he is ideal for the role. With good finishing, work rate, acceleration, long shots, off the ball, decisions and determination, he can be your main goalscoring threat when coupled with an appropriate striker.

His career on this test save has been fairly standard for a young forward in high profile teams, and has found first team opportunities few and far between, however I don’t think Chelsea will regret paying the £16.75 million. Being that he is an ideal shadow striker he’s part of a fairly exclusive club, and in a couple of years he could well be one of their star players.

If you go in for him early, he can be brought in for as little as £750K, although that would require you to convince him to move from his beloved Juventus.