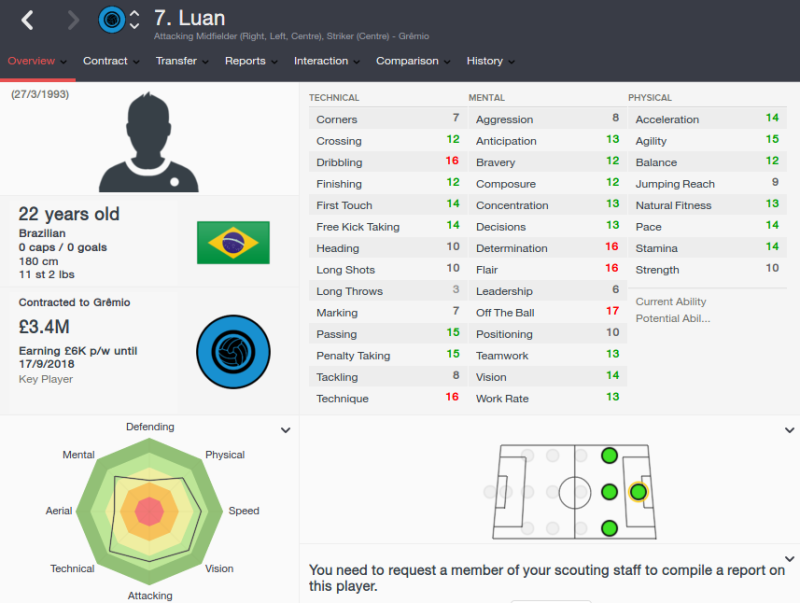 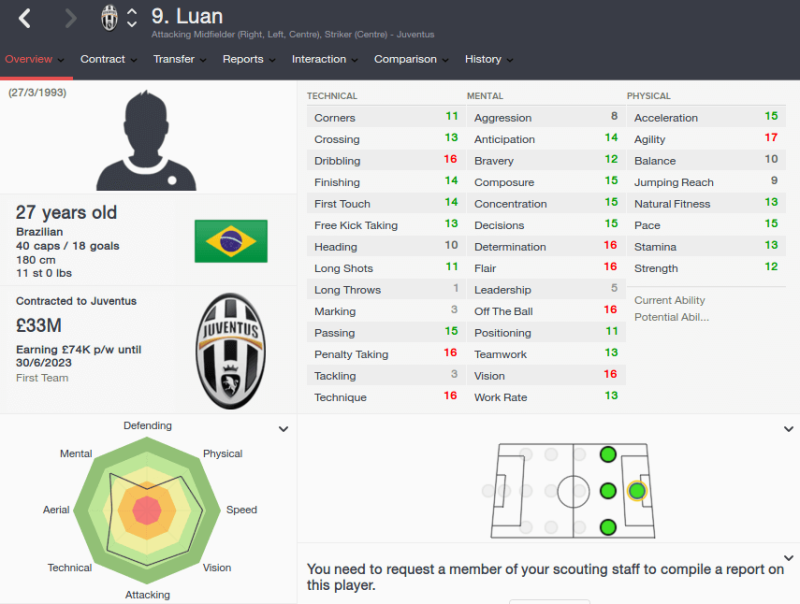 This FM 2016 player profile of Luan shows a prolific young striker with the ability to cover a number of roles. Not only can Luan play as an advanced forward, complete forward and false nine among other roles, he can feature as an attacking midfielder or from either wing as an inside forward. A true utility man but with the ability of a key star in my test save Luan scored 14 goals for United before moving to Juventus bagging between 15-24 goals a season.

This kid is a real all rounder, fast, skillful, agile, a finisher, good with the ball and able to pick out a pass. I think hes a cracking buy for £7.5 million and able to make an instant impact.

on my gremio save clubs were after him right off the start, was tempted to sell him at first but then decided to keep him and sell him once his value sky rockets after about 2 seasons and I can no longer pay his wages