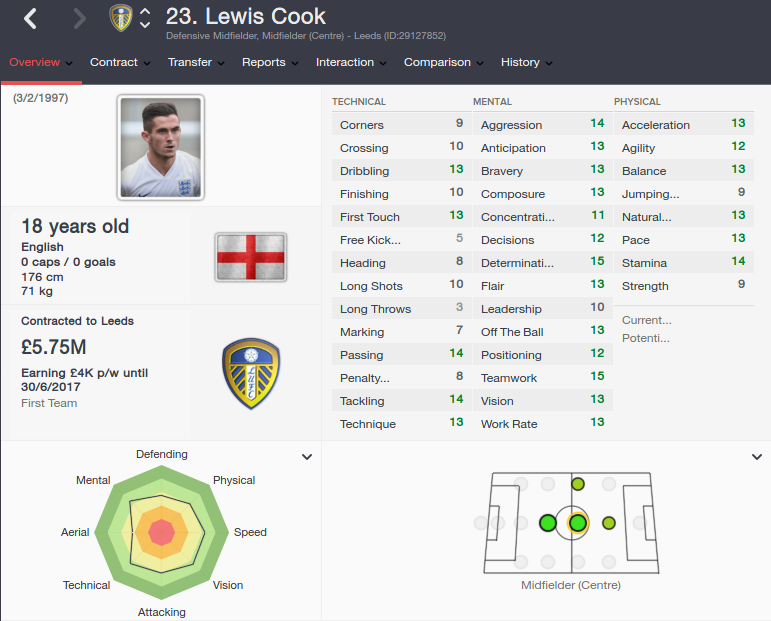 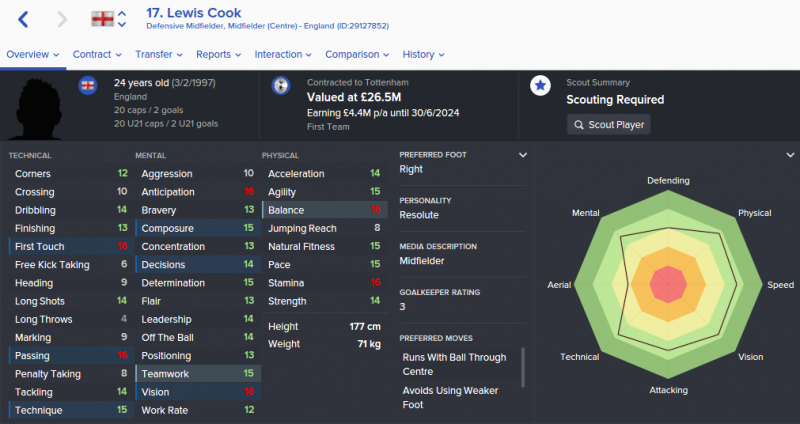 The FM 2016 player profile of Lewis Cook shows a gifted young English central midfielder, with natural ability to cover both the DM and CM positions. You should be able to negotiate a good deal for him at some point in the game, I’m sure of that.

In my test save he remained with Leeds until 2019, when Tottenham bought him for 11.25 million. He immediately became a first team regular at White Hart Lane, providing steady performances throughout two seasons. He also got into the England senior team, earning 20 caps and scoring two goals.

The future profile screen shot shows a competent central midfielder, solid on the mental side but also with good technique and passing. He should make a solid playmaker for any top-flight club.

Check out the screen shot below, sent by Widok, showing Cook’s progress in his FM 16 save: