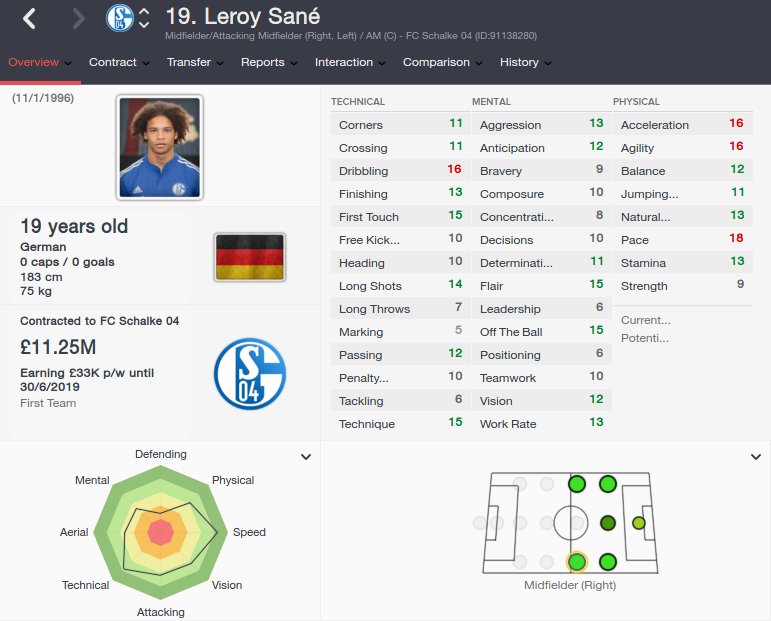 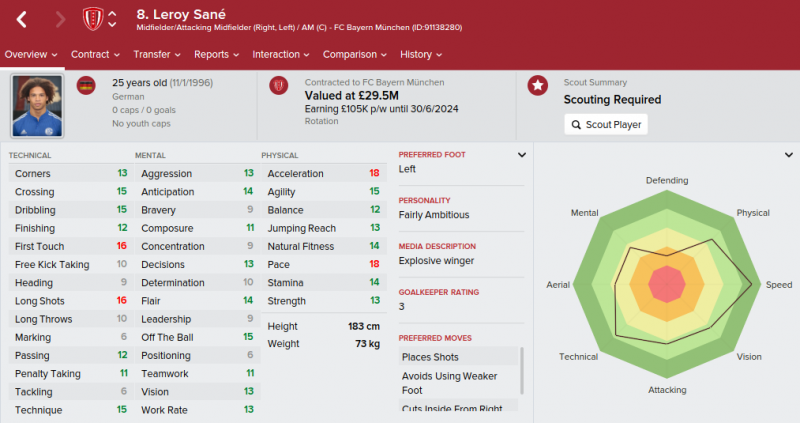 The FM 2016 player profile of Leroy Sane shows a very fast young winger, capable of blitzing his way past opponents on both flanks. His initial asking price is ridiculous but hopefully Schalke will have to see some sense at a certain point.

In my test save he moved to giants Bayern Munich for 37 million pounds but it was a setback for his career as he didn’t get much playing time there for some reason.

Despite that lack of game time his future profile still looks impressive: exceptional speed and agility plus great technique as well. He also has the perfect weapons for both flanks: crossing for when he plays as a winger and long shots for when he cuts inside from the flank.