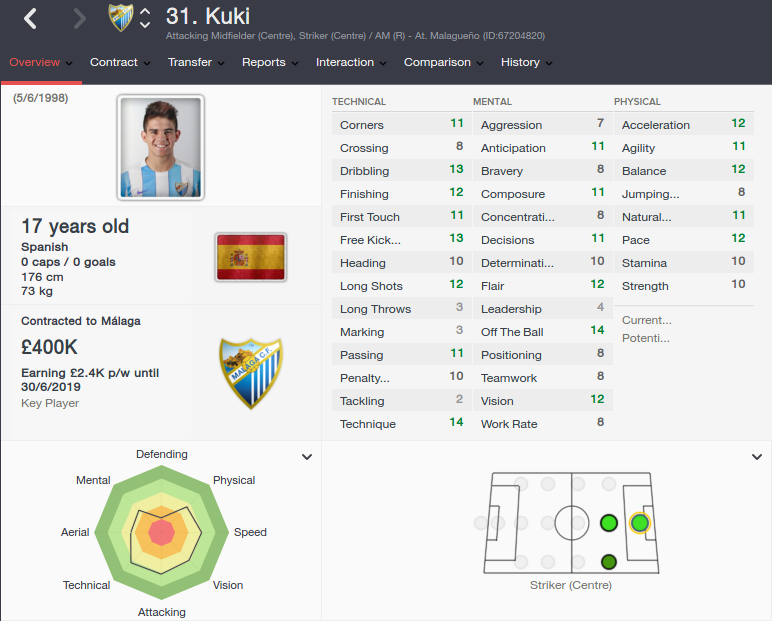 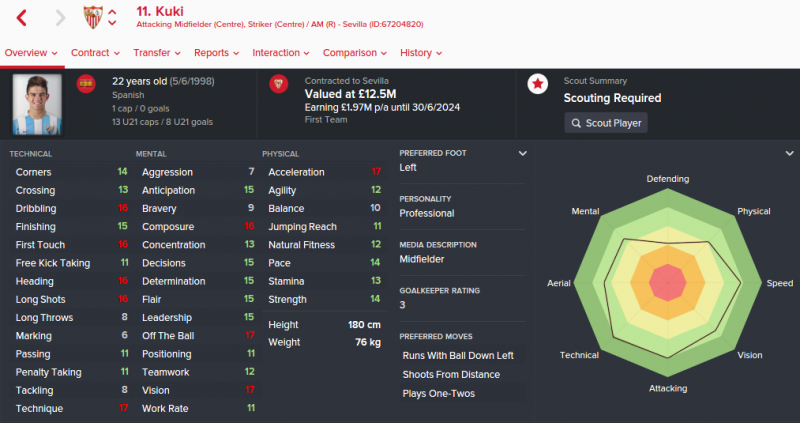 The FM 2016 player profile of Kuki shows a splendid young talent, a kid that can become a top class player both as attacking midfielder and striker. There’s plenty of competition for his signature right at the start of the game, so you will have to move swiftly if you don’t want to lose the opportunity of landing this bright talent.

In my test save he ended up at Sevilla for 22.5 million pounds and even managed to make his debut in the Spanish senior national team by the age of 22. His development was quite impressive, especially on the technical side. He developed nice speed, excellent vision and off the ball movement, along with exquisite technique on the ball. This kid is a must-buy, if he’s this good at the age of 22 I guess he can become world class later on.

Check out the screen shot below, sent by one of our readers, showing Kuki’s progress in his FM 16 save: 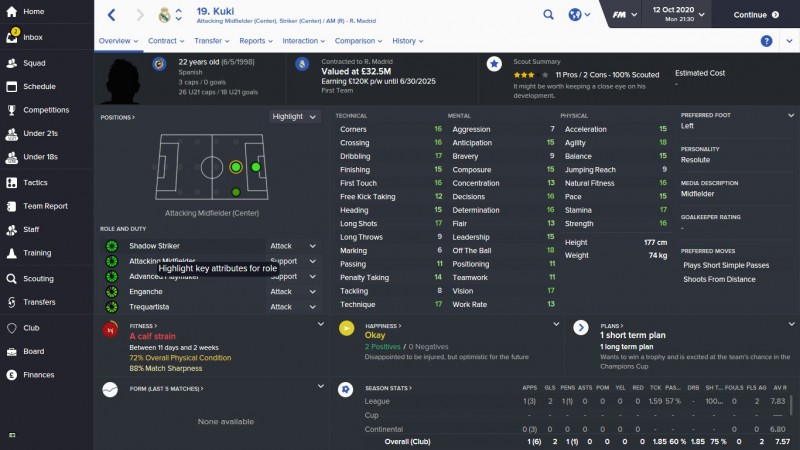 Another couple of screen shots, sent by another one of our readers: 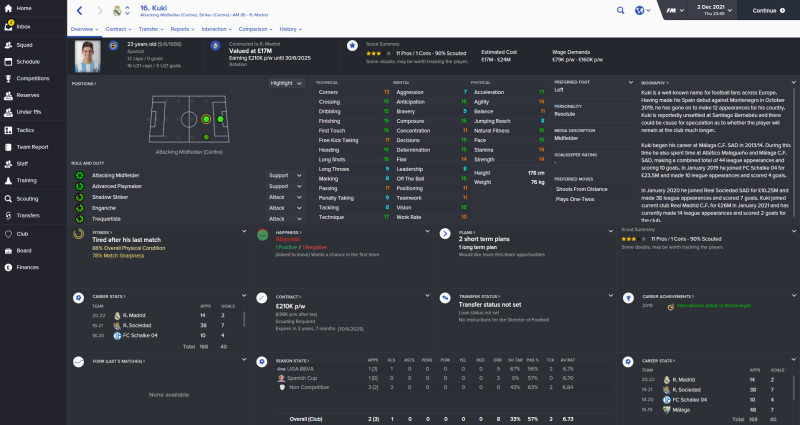 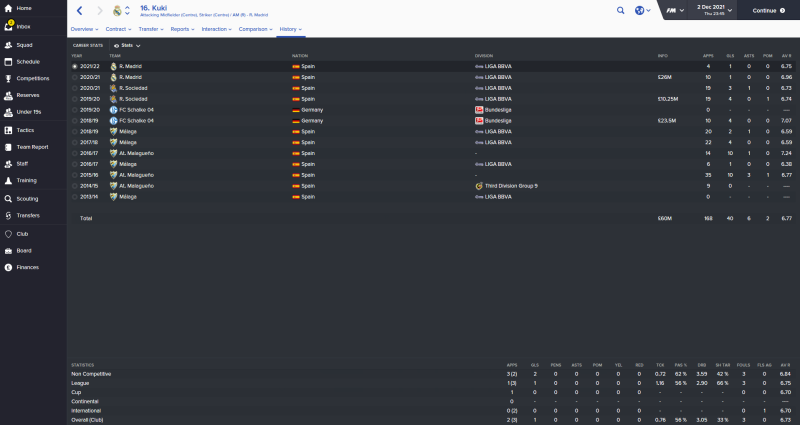 Don’t think it has anything to do with the patch, for some players prices seem to vary from save to save in FM 16.