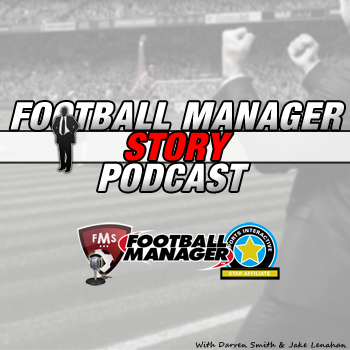 Club: Independiente (on loan at Olimpo) 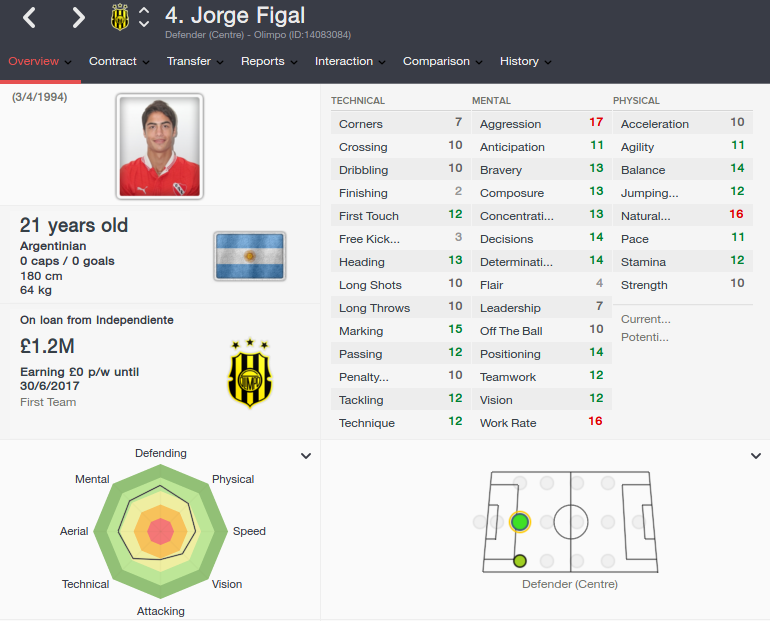 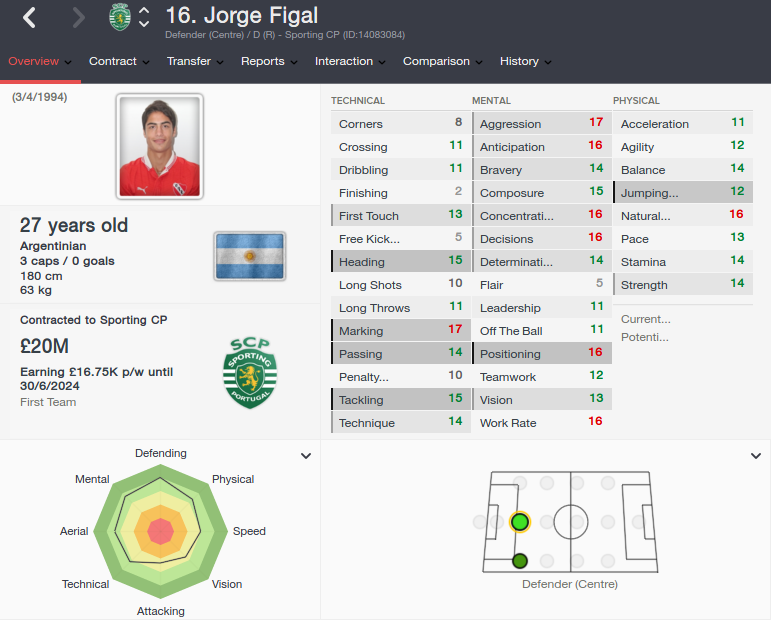 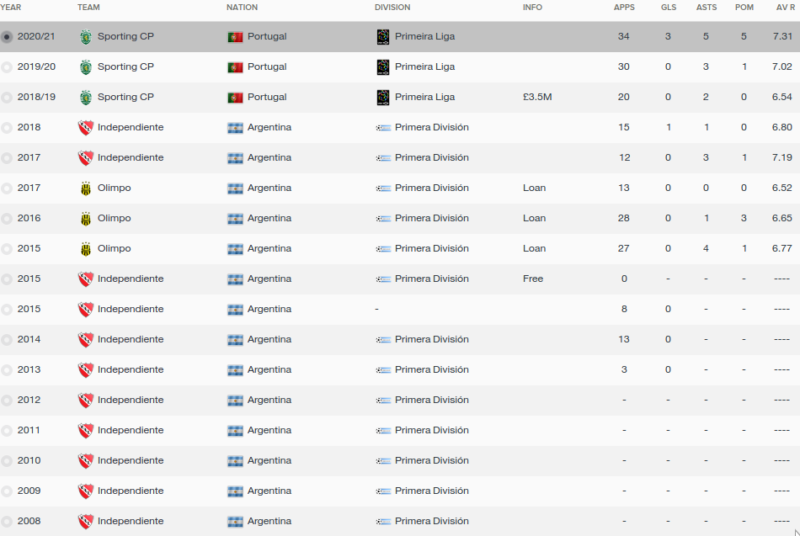 The FM 2016 player profile of Jorge Figal shows a solid young central defender, cheap to buy at the start of the game but with very good poential. You can get him for a rather low transfer fee at the start of the game. There is a downside though: he won’t get a work permit for playing in England during the first season. He might get one later though.

In my test save he moved to Portugal at Sporting, where he became the boss of their defence and even managed to score three goals and hand out five assists during the final season of the save.

He developed into a solid player, with everything that a ball-playing defender needs, from great marking to very good positioning, concentration and anticipation. He should be a reliable central defender for any top-flight side, but his speed could use a bit of work.