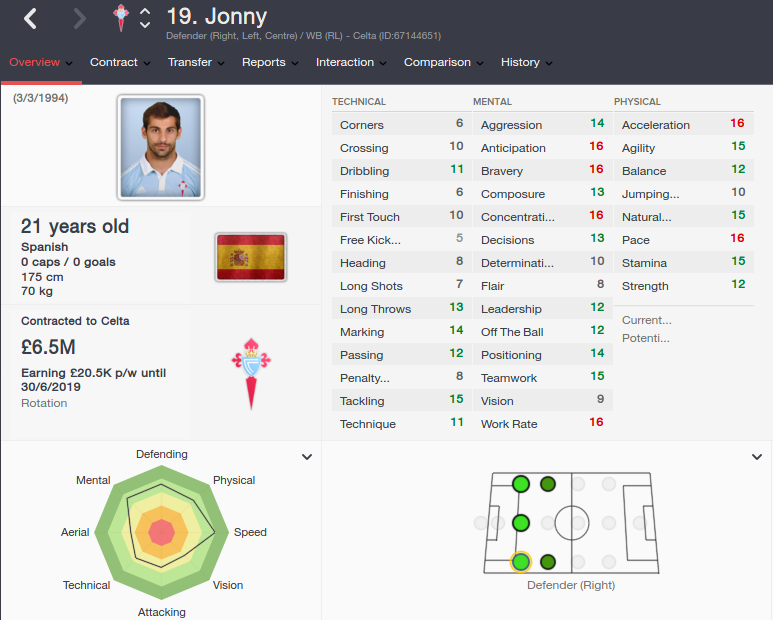 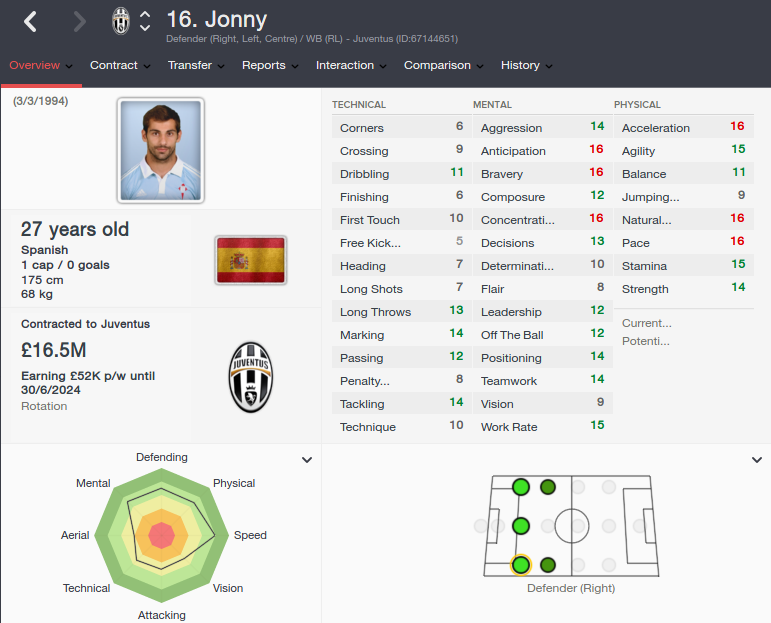 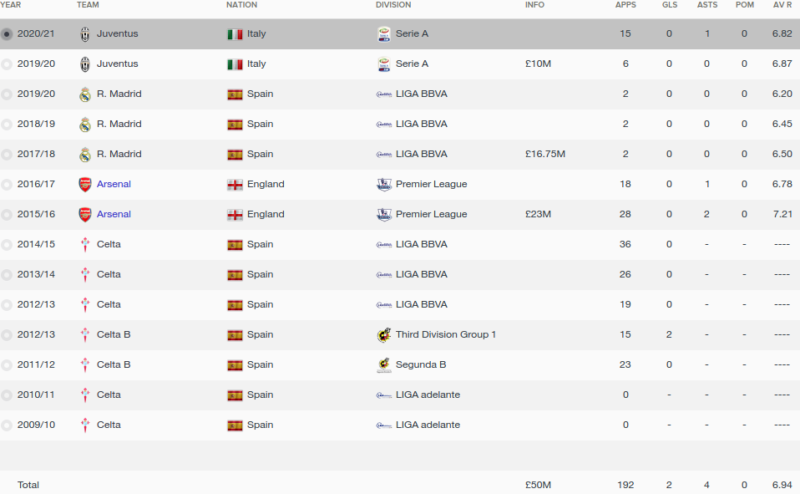 The FM 2016 player profile of Jonny shows a versatile young defender, capable of playing on both flanks and also in the middle of your defence. Celta Vigo are unwilling to let him go at the start of the game, so you either wait or break the bank if you want to get him.

In my test save Arsenal decided to go for the transfer right away, paid 23 million and got good performances from him in the first season. He dropped down the pecking order in the second season though, so he was offloaded as a backup player at Real Madrid. Then Juventus bought him, also as a backup.

As you can see he didn’t play much during the final few seasons and his development might have suffered as a result. However, his speed and agility are still there, along with the good overall mental attributes. He is a good player to have in your squad given his versatility, but I guess you should only buy him when the price drops to a reasonable level.