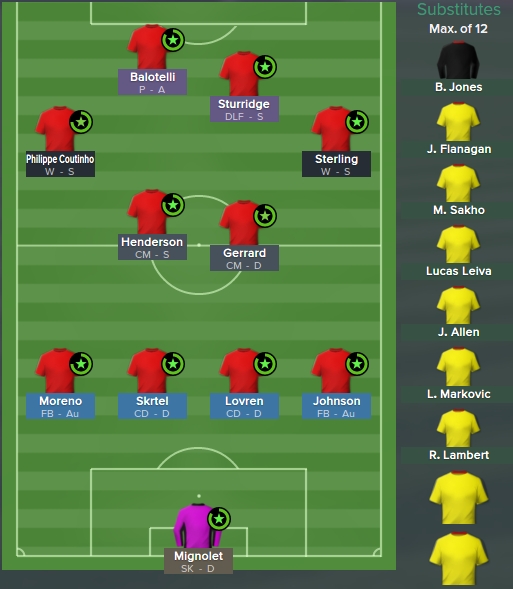 Role: complete wing back / wing back 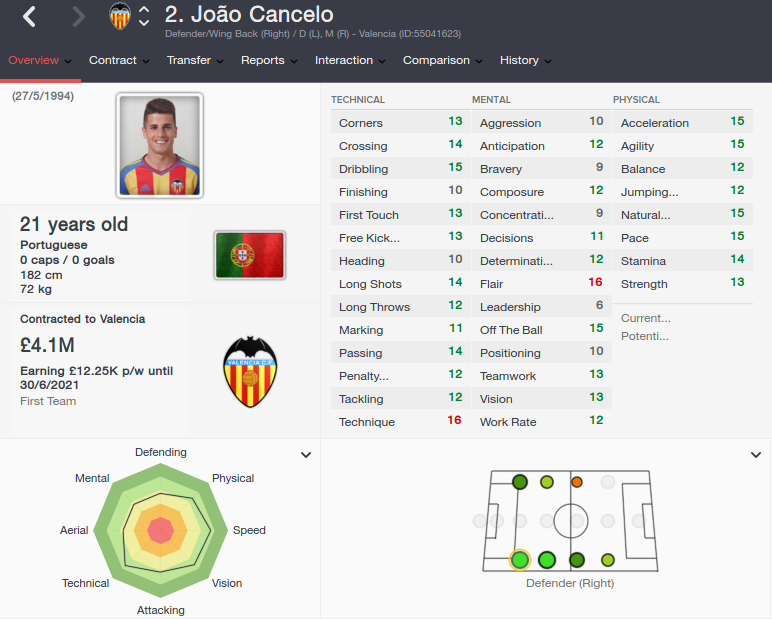 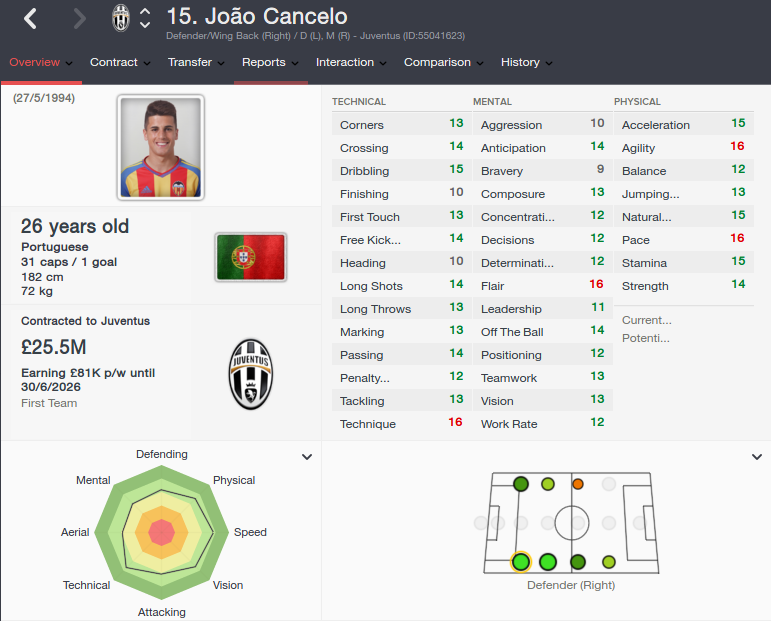 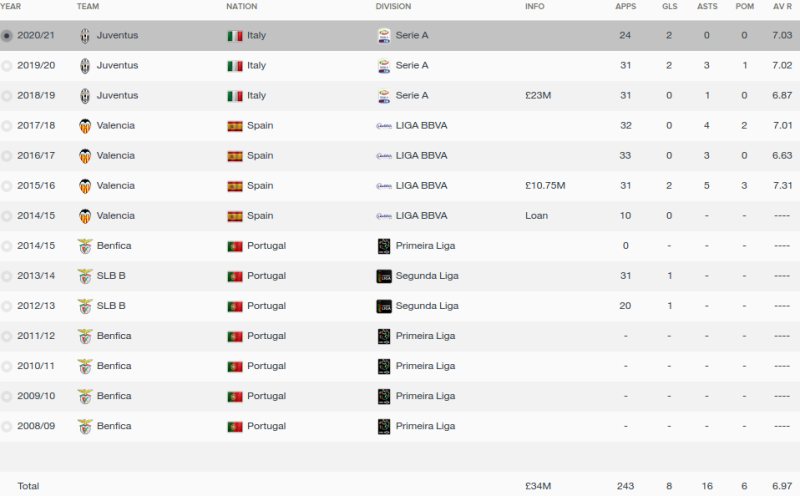 The FM 2016 player profile of Joao Cancelo shows a talented young right back, with good speed and solid potential. Buying him at the start of the game is not an option as Valencia already have just snapped him up on a permanent deal from Benfica.

In my test save he had a few good seasons in Spain, which led Juventus to spend 23 million on him. That’s a pretty big amount for a right back, hopefully he will be cheaper in your save.

The lad developed into a well-rounded right back, with decent attributes overall and a plus when it comes to speed, agility and technique. He surely has good potential but I wouldn’t spend over 20 million for him.