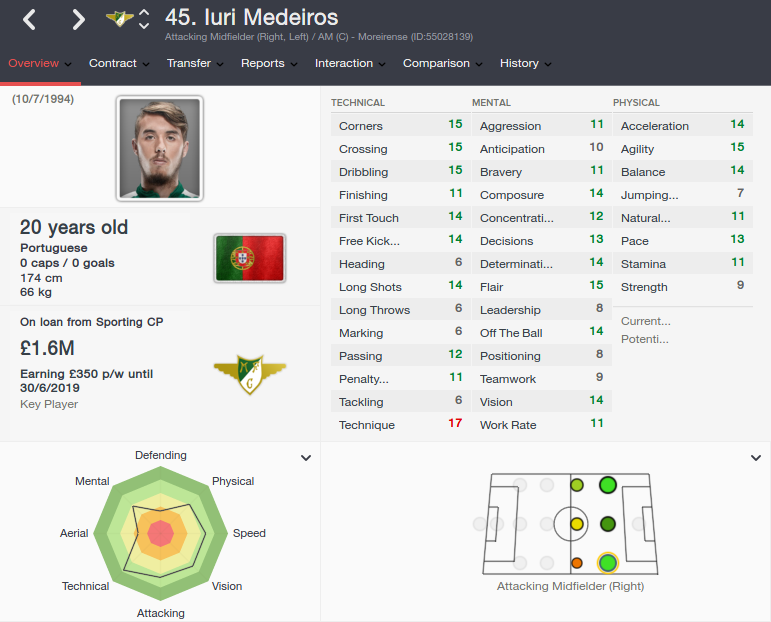 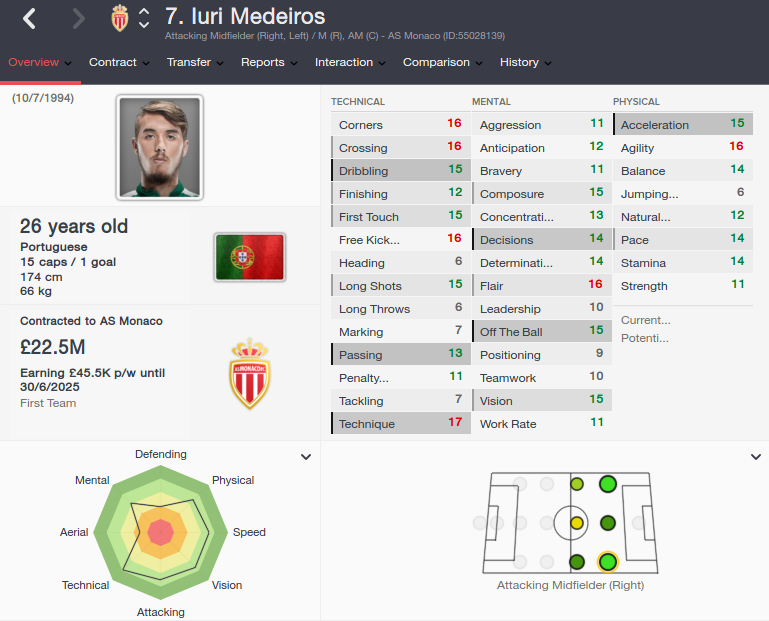 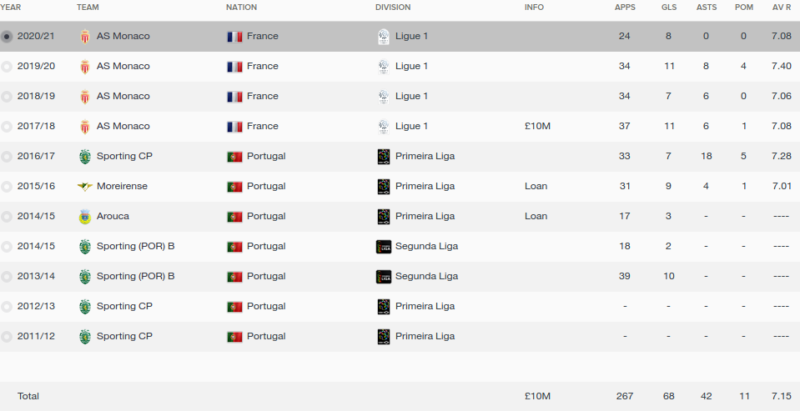 The FM 2016 player profile of Iuri Medeiros shows a gifted young winger, capable of playing and creating danger for the opposition defence on both flanks. Sporting would let him go for 7.5 million at the start of the game, unfortunately I don’t think their asking price would drop significantly in the future.

In my test save he moved to AS Monaco for 10 million and did a brilliant job for the French side, scoring plenty of goals each season and also delivering quite a few assists.

The ball has no secrets for him, his technique can become almost perfect and he should also develop very good ability to shoot from distance and deliver set pieces. He also developed good flair and vision, if you can work to improve his speed he could become a great winger and inside forward.

How does his team mate joao mario develop?

He’s very good, a bit older than Medeiros but with very good ability and some potential as well.