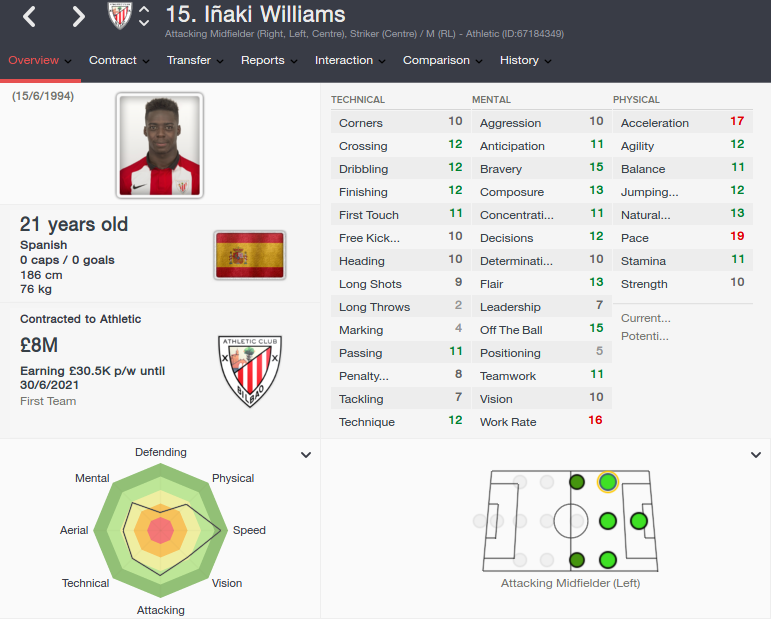 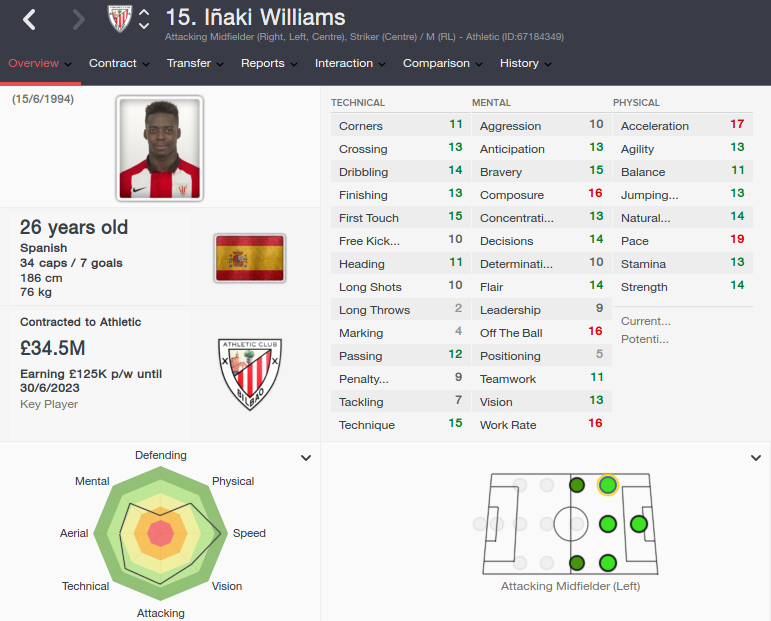 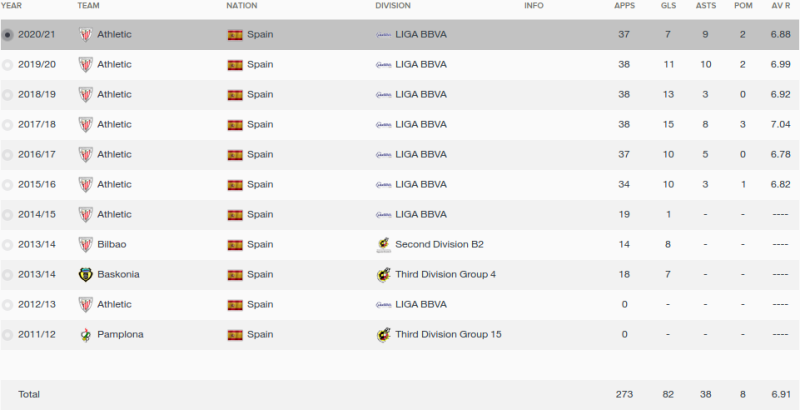 The FM 2016 player profile of Inaki Williams shows one of the most versatile young attackers in the game, a raw talent that can be polished into a star. He won’t be easy to lure away from Athletic Bilbao, as most Basque players he is pretty attached to his club. He doesn’t want to move at the start of the game, hopefully you will be able to get him later on.

In my test save he remained at Athletic, providing a steady number of assists and goals every season. His main quality is the excellent versatility, as he has a natural ability to play as a striker and attacking midfielder either on the flanks or in the middle. Speed is his main weapon but he is also a hard-working player with good technique and solid composure. Work a bit on his finishing and he should score for fun in the right tactical set up.