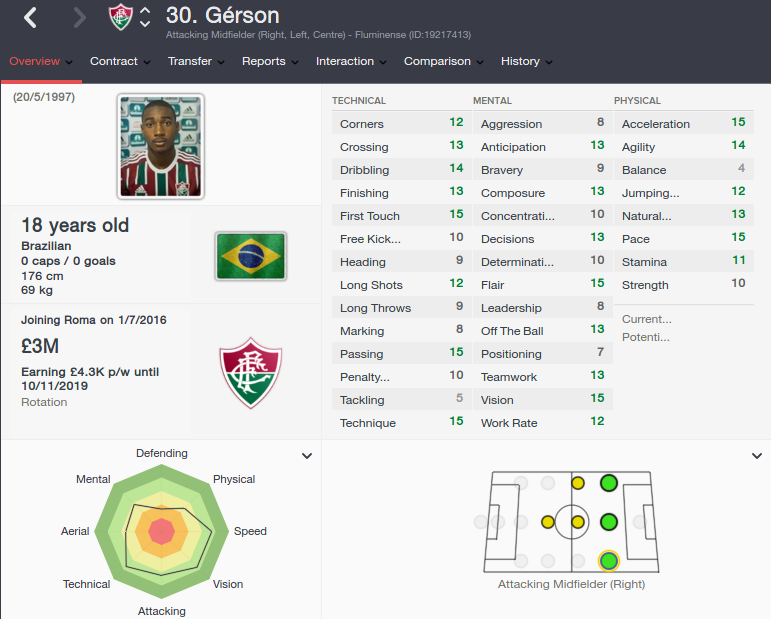 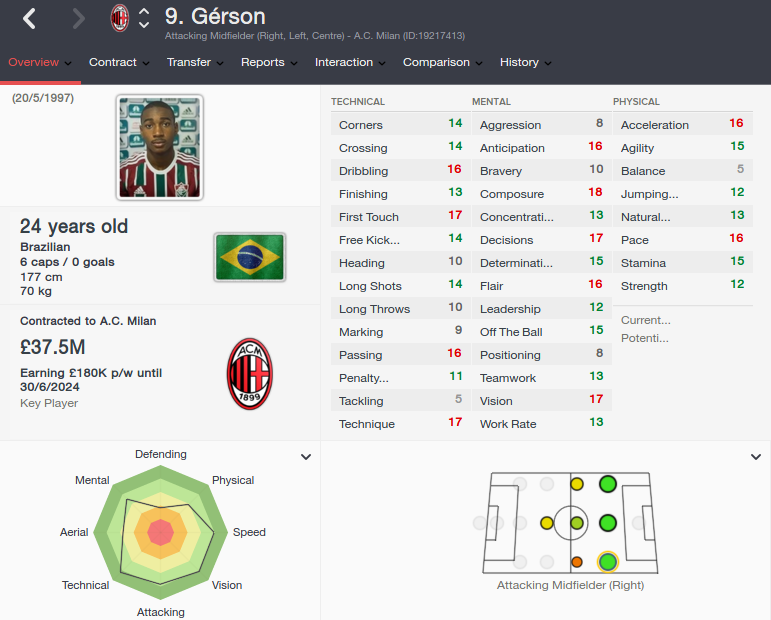 The FM 2016 player profile of Gerson shows a talented and versatile attacking midfielder, capable of covering every position behind the strikers. Unfortunately you can’t buy him at the start of the game because he has already agreed a move to AS Roma, but he’s worth keeping an eye on in the future.

In my test save Roma were unable to get the best out of him and he moved to AC Milan for free at the end of his contract. That was a huge bargain for the Rossoneri as the lad blossomed and delivered exceptional performances throughout three seasons.

His main quality is that he can cover all three positions in attacking midfield. He also has excellent quality on the ball, fine speed and agility and also very good flair and vision. He’s a real gem of a player, so watch out for AS Roma taking bad decisions with him ;)