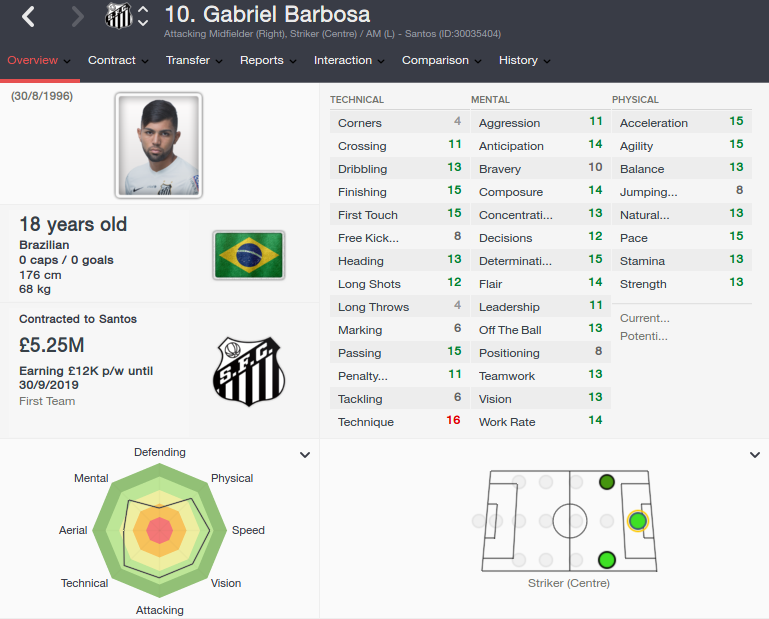 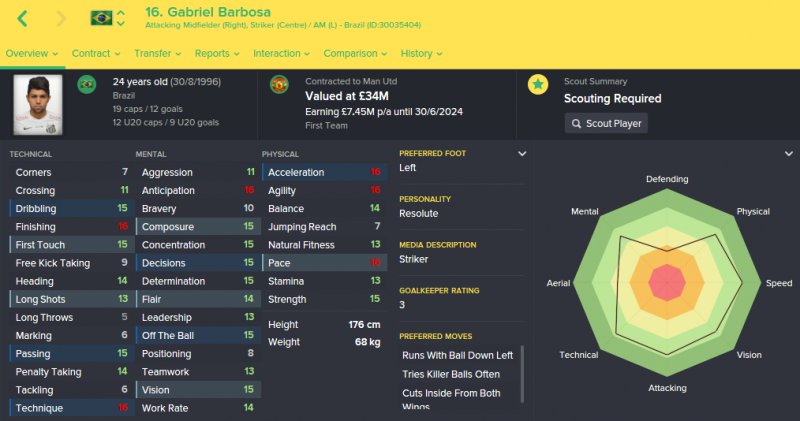 The FM 2016 player profile of Gabriel Barbosa shows a well-known young striker, still talented and very prolific but not as cheap as he used to be in the previous versions of the game. He isn’t too expensive though, buying him from Santos should not be a problem if you manage an established top-flight club.

In my test save he moved to Lyon for 12.75 million, scored a few goals in France and then moved to mighty Real Madrid for 52 million. There probably was too much competition for a first team place there, so Real sold him to Manchester United for 25 million. He scored 11 goals and provided 5 assists in his first Premier League season, not exceptional but not too bad either.

The future profile screen shot shows a forward with great speed and agility, solid technique and clinical finishing. It’s also worth mentioning that he has natural ability to play both as AMR and ST, he is also competent as an AML.

Check out the screen shot below, sent by Gudjon, showing Barbosa’s progress in his FM 16 save:

He looks immense! I know he and Embolo are two different types of players but who is better in your opinion? thanks in advance

Hard to say. Based on what we have so far as proof, I’d say Embolo developed better.