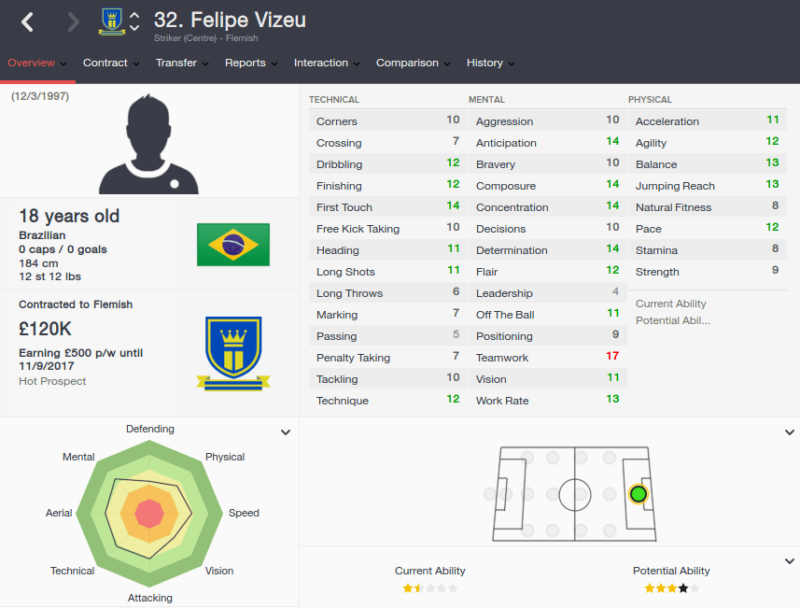 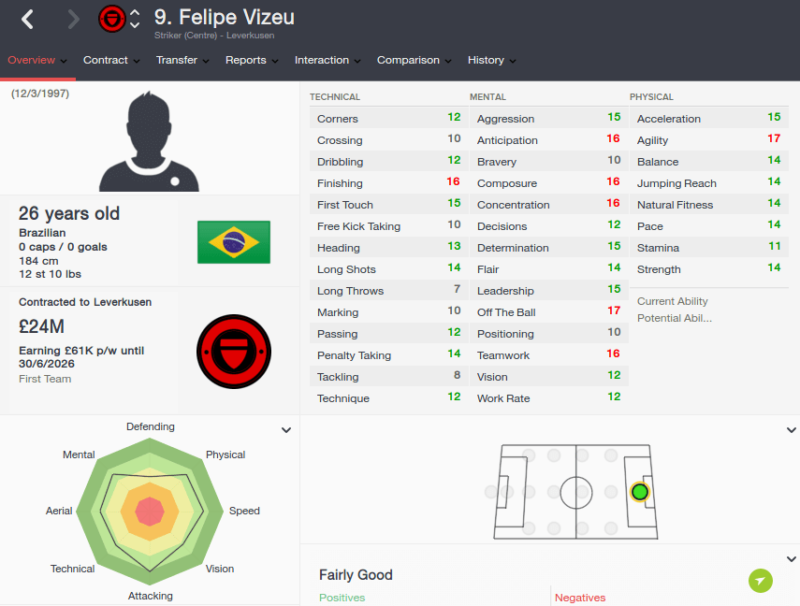 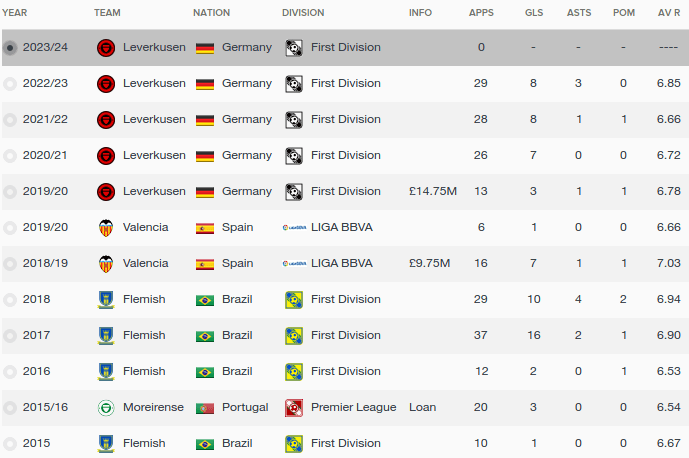 This FM 2016 player profile of Felipe Vizeu shows a striker with excellent mental attributes and versatility. Not the best flexible potential but Vizeu does have an advantage in his starting mental stats which can be hard to develop. A little underdeveloped physically this will rise to an acceptable level as will his variety of finishing ability. In my test save he has cracking mentals and the rest is reasonable for an all round striker at £3 million.