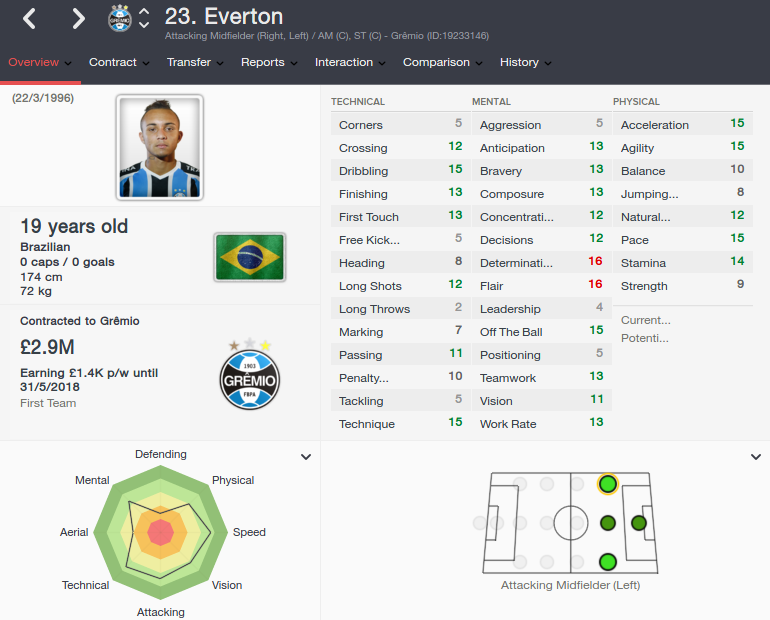 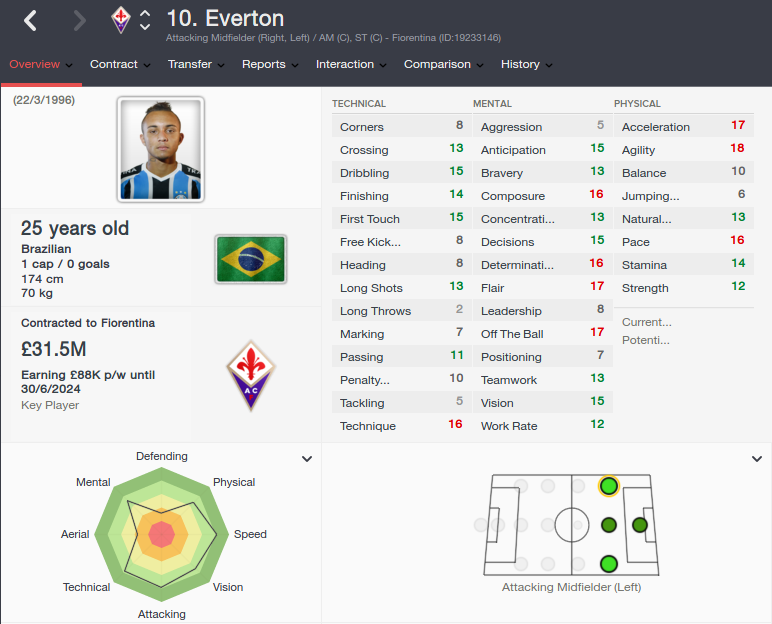 The FM 2016 player profile of Everton shows a talented Brazilian winger, capable of playing on either of the two flanks. Gremio would sell him for 9 million pounds at the start of the game, and he would be granted a work permit for England right away. That transfer fee could be a gamble, but if you wait somebody else might snatch him.

In my test save he ended up at Fiorentina, where he became a first-team regular and an important contributor to the team’s attacking movement. He has exceptional speed and agility, great flair and off the ball movement, plus very good technique and dribbling. He should make a very good winger or inside forward, worth adding to your shortlist right away.