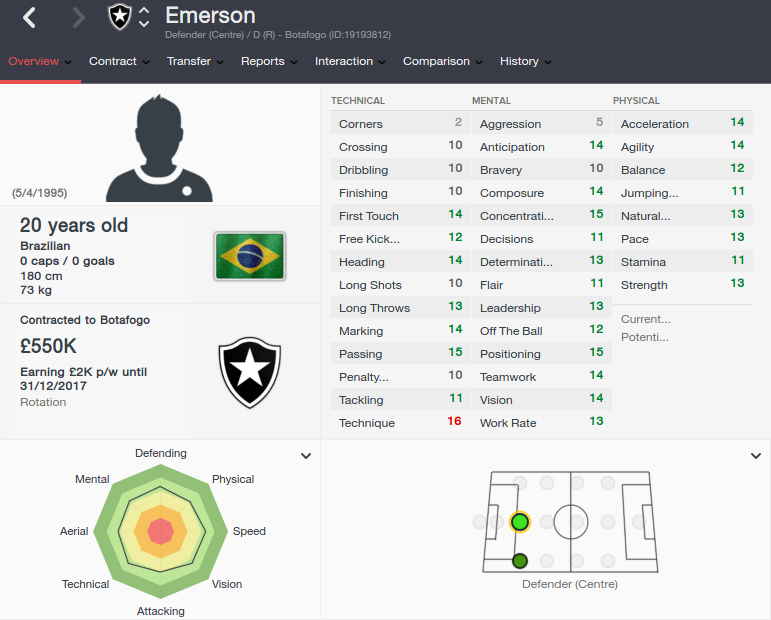 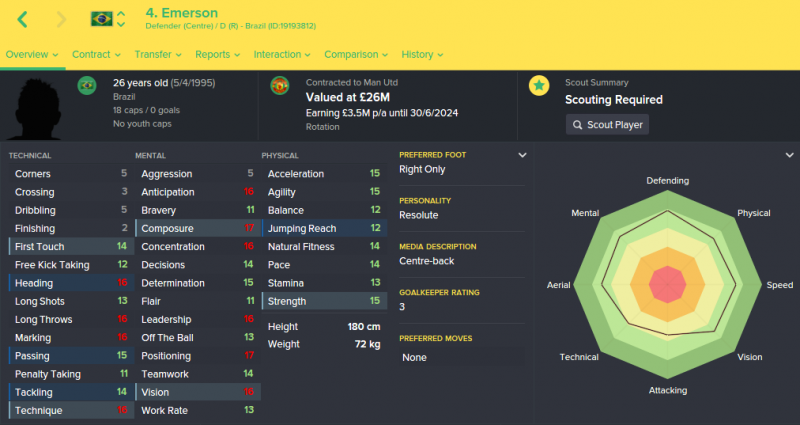 The FM 2016 player profile of Emerson shows a talented young central defender, who is also quite cheap to buy at the start of the game. Botafogo would let him go for a reasonable transfer fee and I think you should get him right away as more and more clubs would become interested later on.

In my test save he moved to Santos before leaving Brazil to join Benfica. A few good seasons in Portugal caught the attention of Manchester United, who spent 22 million pounds to get him in 2020. His first Premier League season was solid, 20 appearances and a very high average rating.

The future profile screen shot shows a reliable central defender, strong and reasonably quick, with excellent mental attributes and also very good on the ball. The only flaw is that he can’t really jump, but overall he should make a rock-solid ball-playing defender.