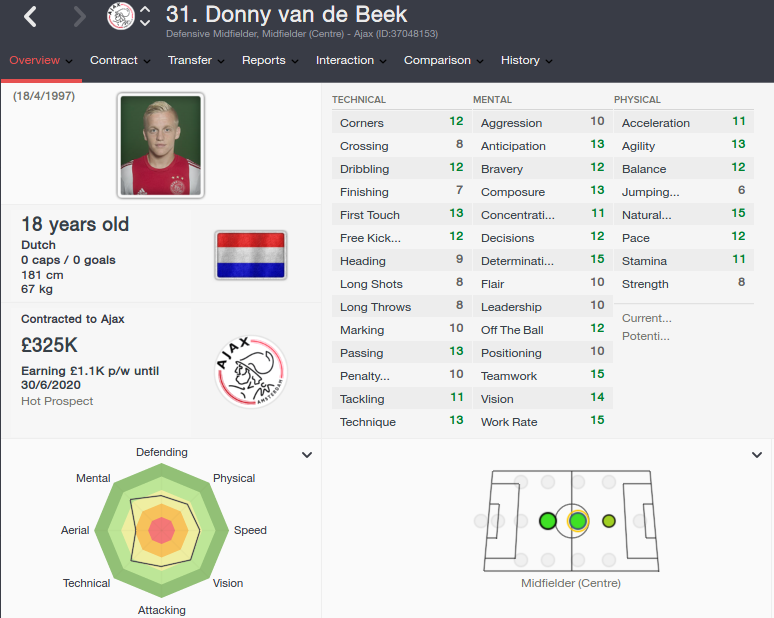 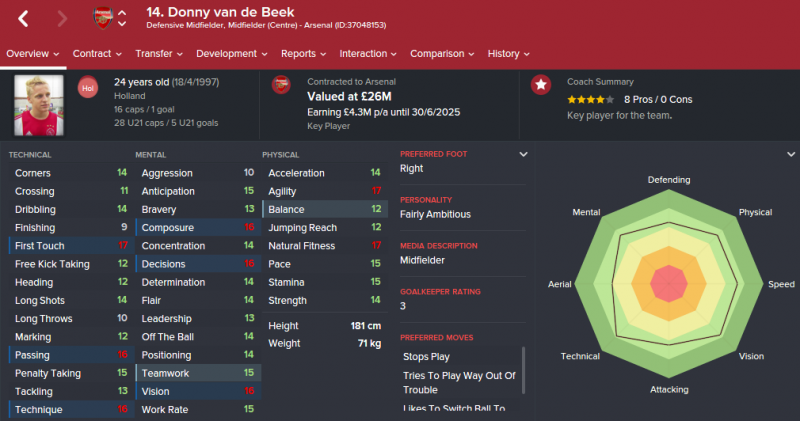 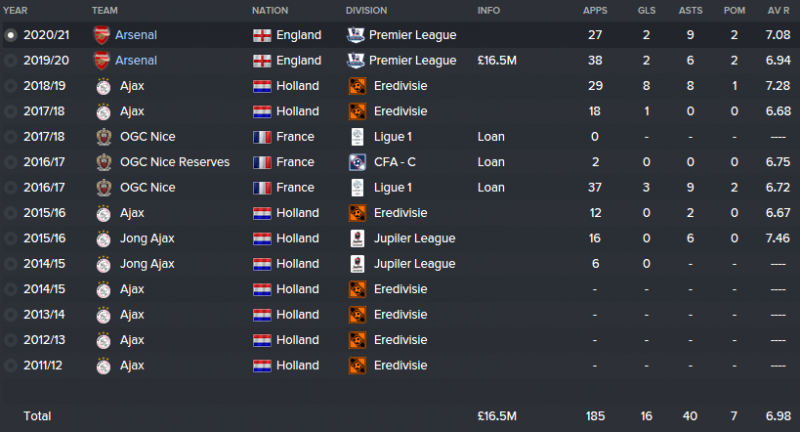 The FM 2016 player profile of Donny van de Beek shows a very gifted young central midfielder, that can be employed both as a DM and as a CM. Ajax are not very willing to let him go, but if you manage a small European club you might be able to get him on loan right away.

In my test save he went on loan in France, then returned at Ajax and established himself as a first team regular, scoring eight goals and providing eight assists in his last season in Holland. Then Arsenal spent 16.5 million on him, a good investment considering that the lad immediately established himself in the first team.

The future profile screen shot is impressive on the mental attributes side, but his technique also developed very well. He should become a very good playmaker at the highest level in European football.