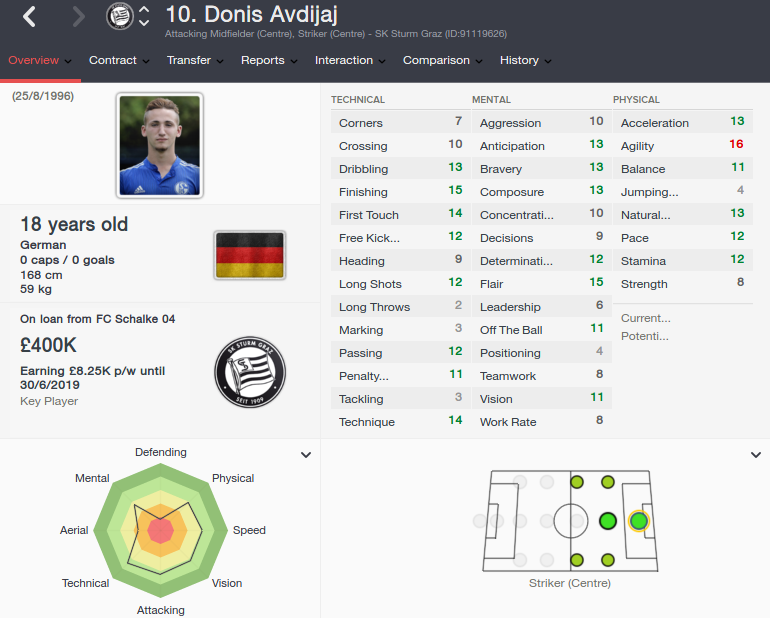 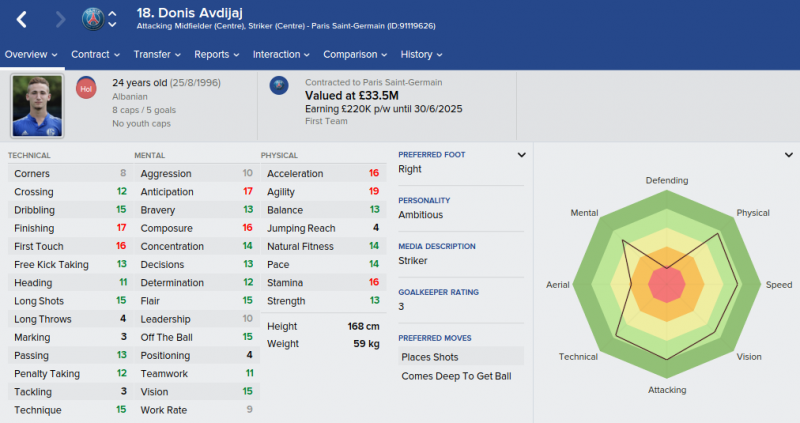 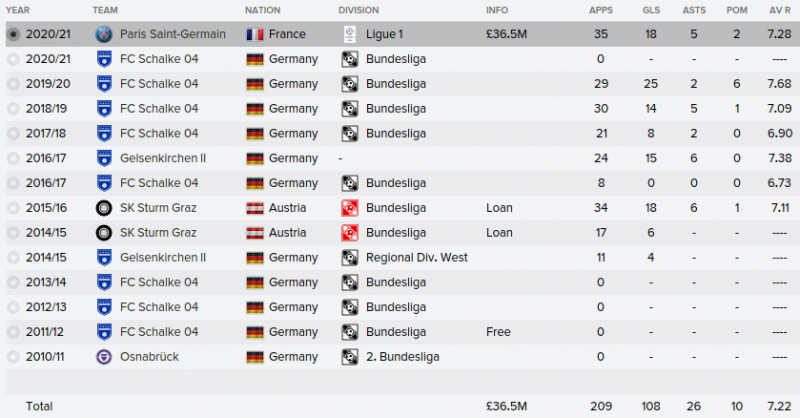 The FM 2016 player profile of Donis Avdijaj shows one of the most talented young forwards in the game, capable of playing both as AMC and striker. You won’t be able to buy him for nothing, Schalke want 22.5 million at the start of the game and I guess that figure is unlikely to be reduced.

In my test save he moved to PSG in 2020 for over 35 million, but he provided goals and assists for the French team right away. He developed exceptional agility, good technique and lethal finishing as well. He could be developed into a great poacher, but he can also be educated to become a playmaker behind the striker.