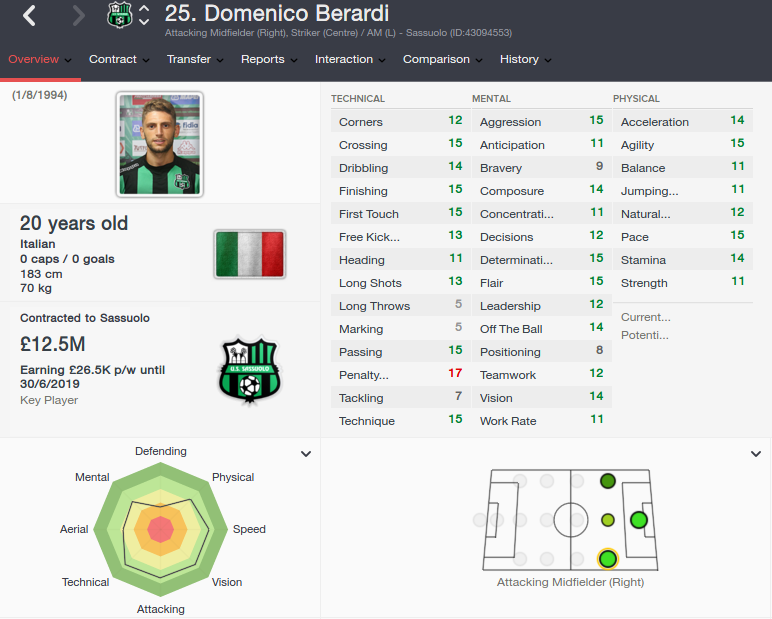 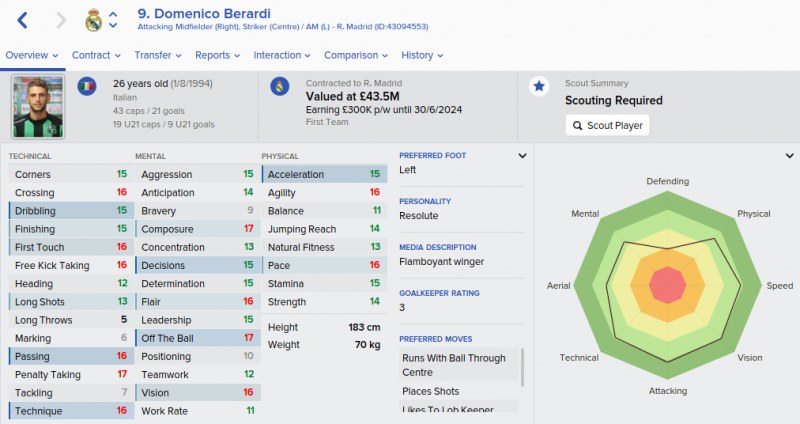 The FM 2016 player profile of Domenico Berardi shows one of the best forwards in the game, capable of playing on the right flank and in the middle as well. Sassuolo will try to get as much money as possible for him, so expect a high asking price for this lad.

In my test save Arsenal paid just over 40 million for him, got a few goals in a couple of seasons and then sold him to Real Madrid for no less than 62 million. After an unconvincing first season in Spain, Berardi unleashed his talent and provided plenty of goals and assists for the Blancos.

He developed solid physical attributes overall, good creativity and off the ball movement, along with flawless technique. This forward can be a lethal weapon in any team, but you’d better start saving some money for him because he won’t be cheap.

Check out the screen shots below, sent by Snorli, showing Berardi’s progress in his FM 16 save: 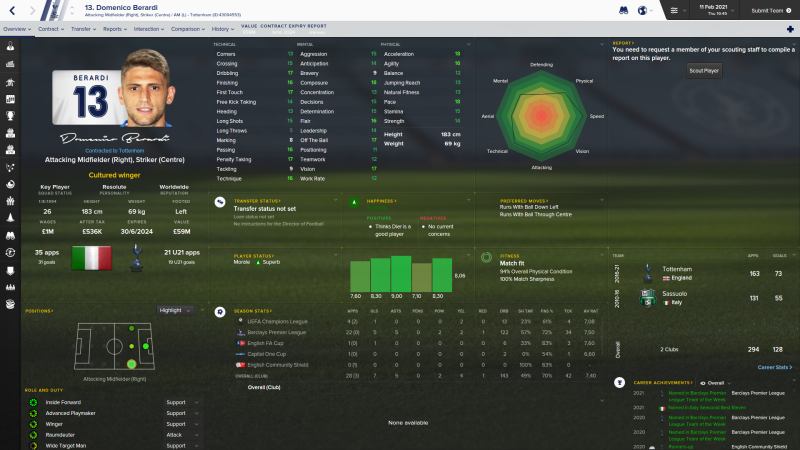 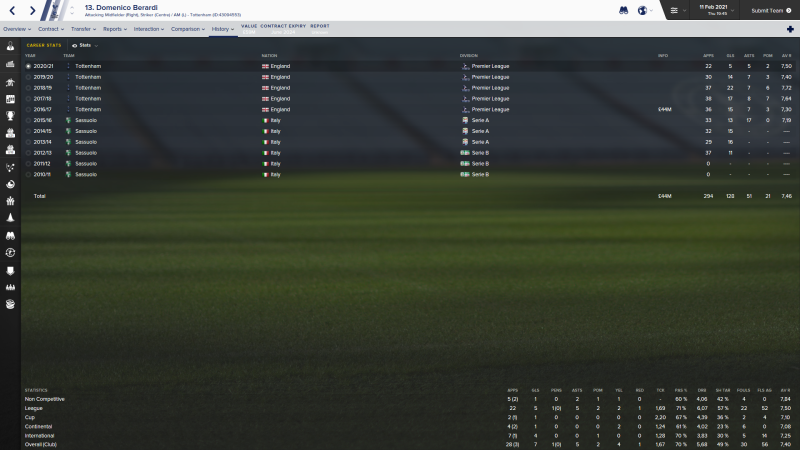 Probably one of the best players in FM16 after Pogba and Neymar ;)