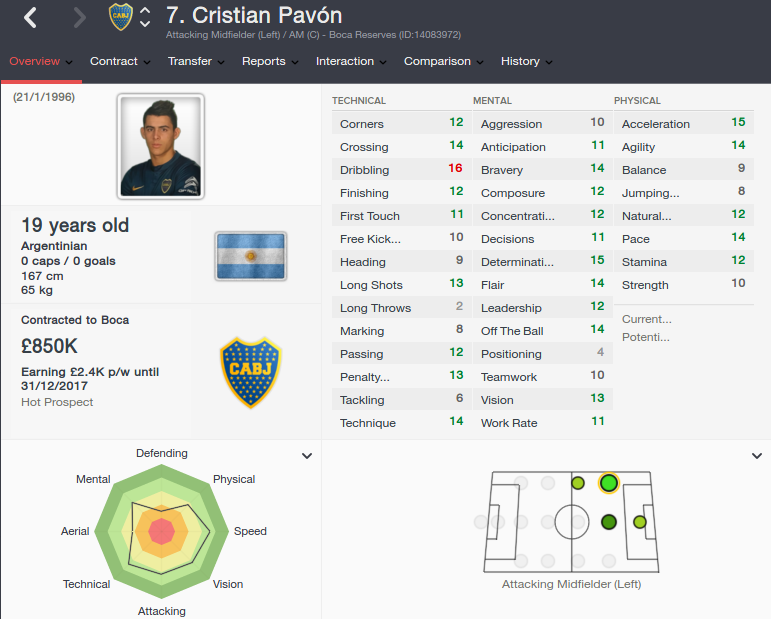 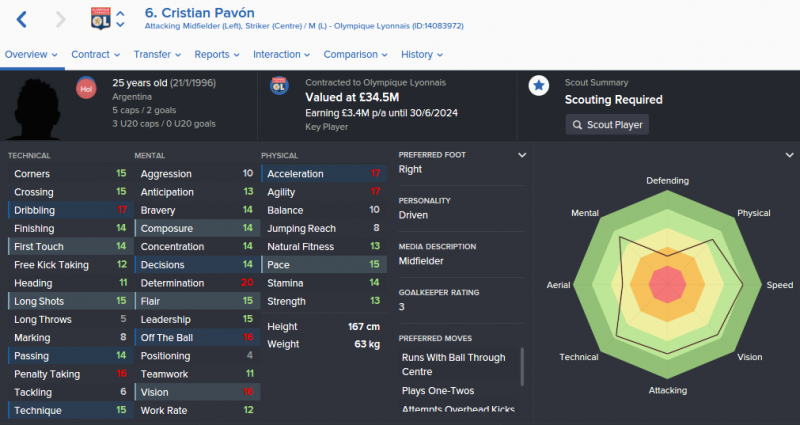 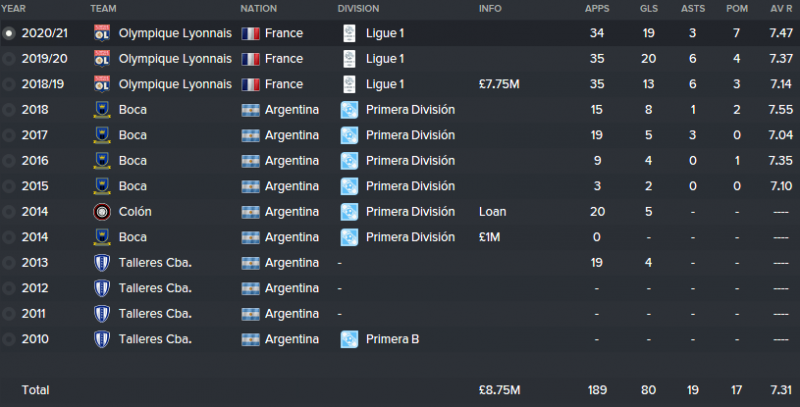 UPDATE: Unfortunately his potential was cut in patch 16.3, he should still become a good striker but not as good as before.

The FM 2016 player profile of Cristian Pavon shows an exceptional young striker, a forward that could become a top goalscorer in the best European leagues. Boca Juniors don’t want too much money for him at the start of the game, he could make a great buy for an up and coming top-flight club.

In my test save he spent quite a few seasons in Argentina before Lyon finally noticed him and took him to Europe. He repaid them with a good number of goals through three seasons, plus a few assists here and there as well. He also managed to score twice in five caps for the Argentinian national side.

The future profile screen shot shows a quick and agile striker, with exceptional determination and great dribbling. He has natural ability to play on the left wing as well, quite an useful feature if you employ such a tactical system. His attributes and physique remind me of Carlos Tevez, he might become just as good or maybe even better.

Check out the screen shot below, sent by Fred, showing Pavon’s development in his FM 16 save:

Another future screen shot of Pavon, sent by Tavi: 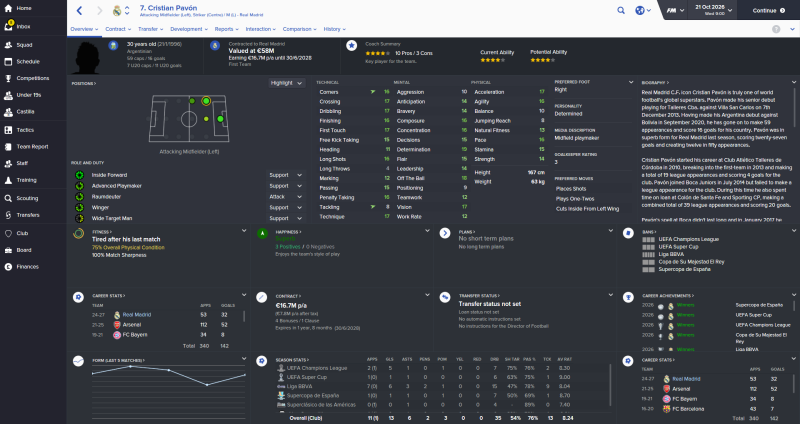 Unfortunately he won’t get a work permit at the start of the game.