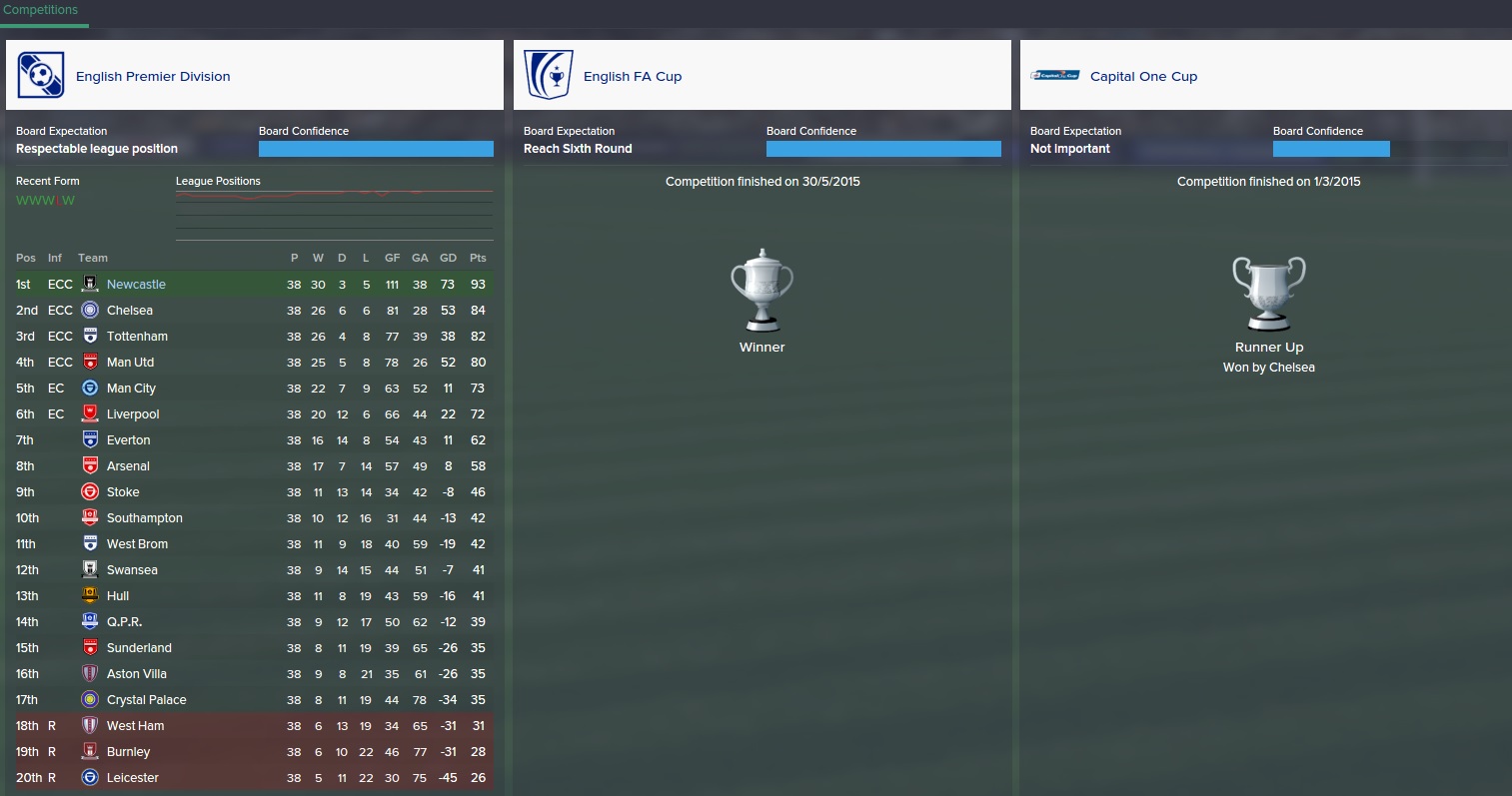 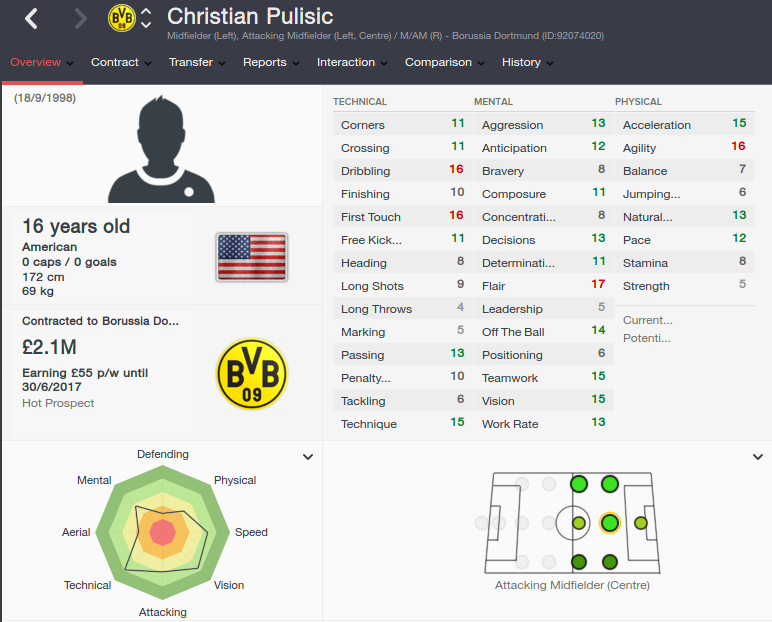 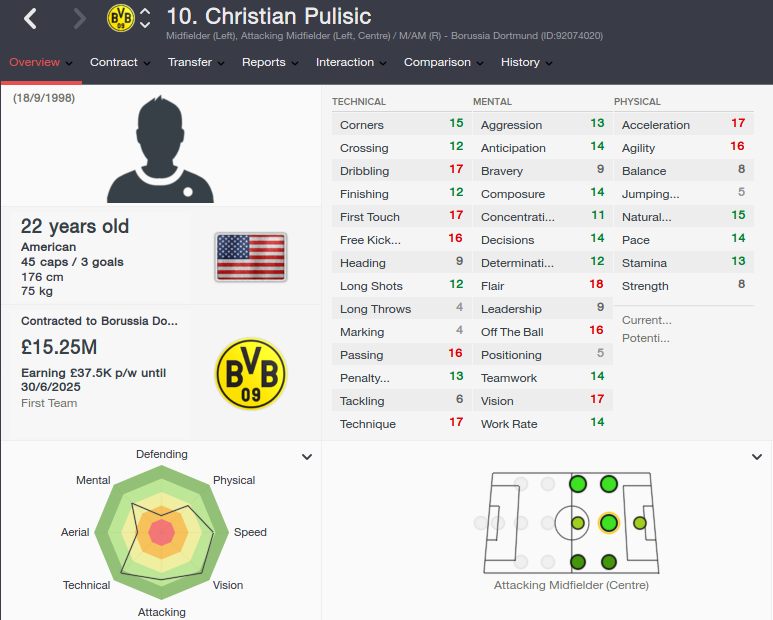 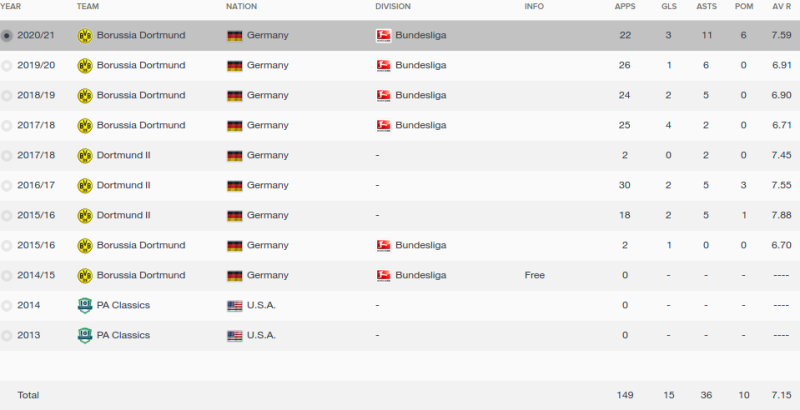 The FM 2016 player profile of Christian Pulisic shows an amazing young talent, a 16-year-old lad with a bright future ahead of him. In theory he would join your club for a low compensation fee, but if you try to sign him you will find out that he doesn’t want to leave Dortmund, at least not at the start of the game.

In my test save he remained at Borussia and slowly made a name for himself in the first team. The last season was exceptional, with 11 assists in 22 league appearances, three goals and a huge average rating. He also managed to earn 45 caps for the U.S. national team by the age of 22, he’s bound to break some records there.

His talent is pretty obvious, he is a wizard with the ball at his feet and also one that can create something out of nothing. He can become a typical number 10 but he is quite versatile as well, with a wide range of positions and roles that he can cover. He should definitely be on your shortlist in FM 16.

I know I have recommended Mahmoud Dahoud from Borussia Mönchengladbach before but then he was just talented but now i have seen how good he can be under my management. Screenshots from november 2019
http://imgur.com/83ufZpk
http://imgur.com/Ts4y2a7

Thanks, I will be doing his profile next week ;)