Role: wing back / full back 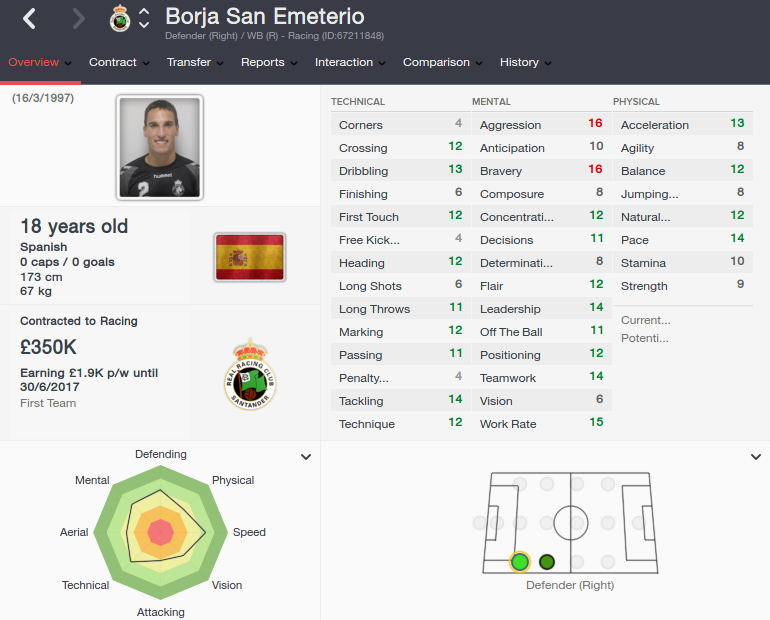 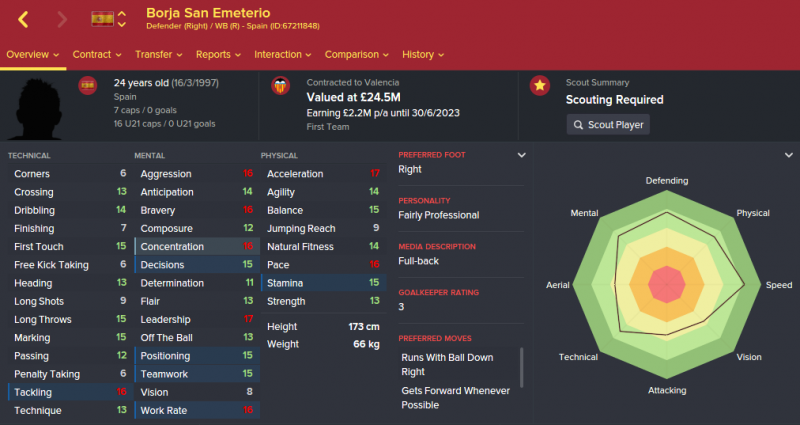 The FM 2016 player profile of Borja San Emeterio shows a very talented young right back, a lad that can develop excellent attributes in the future. He is also cheap to buy at the start of the game, so if you need a good right back for the coming seasons you might have to act quickly.

In my test save he moved to Valencia after a few seasons and became their first-choice right back. He provided steady performances throughout three seasons, a career track which earned him a few caps in the Spanish national team.

He developed good speed and stamina, fine mental attributes and also decent attributes on the technical side as well. He should make it at the highest level of European football.