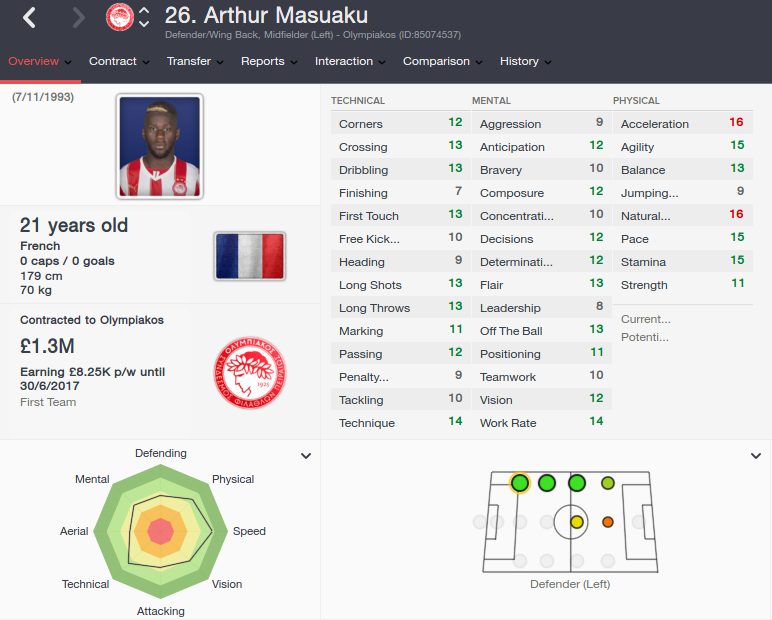 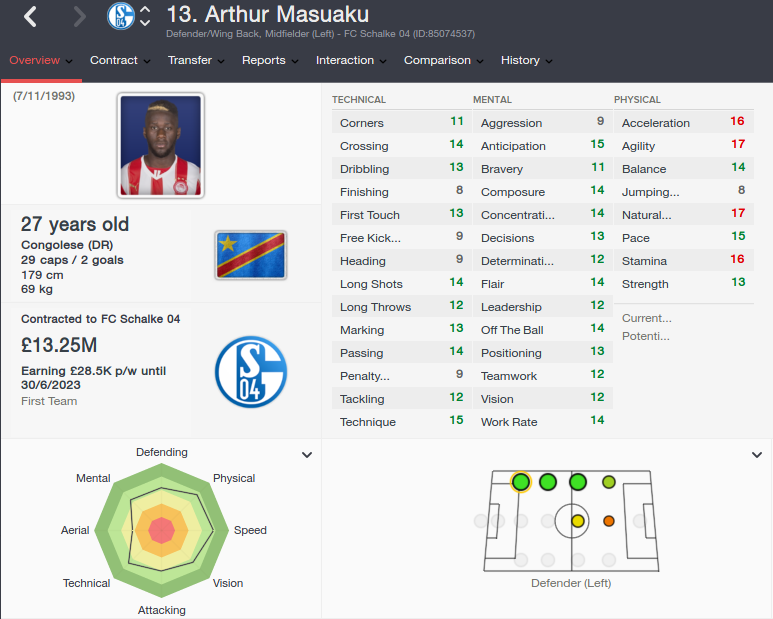 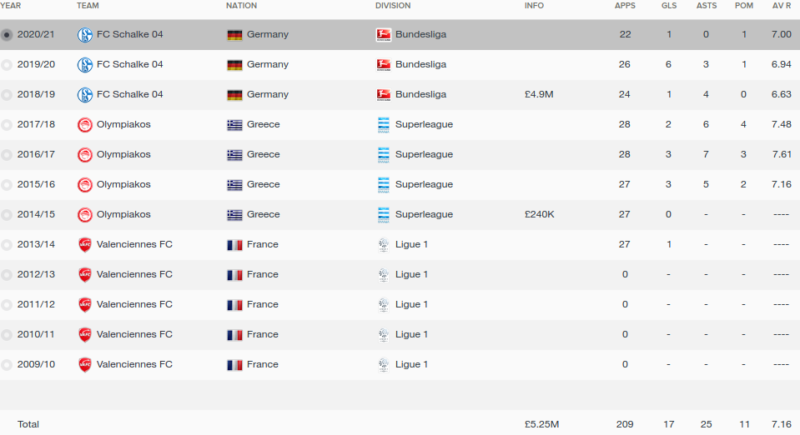 The FM 2016 player profile of Arthur Masuaku shows a quick and hard-working full back, capable of covering most positions on the left flank. You can get him for a rather low price at the start of the game, as long as you agree to loan him back to Olympiakos until the end of the first season.

In my test save he spent a few successful seasons in  Greece before moving to Schalke in the Bundesliga, for a rather low fee as well. He has a very good set of physical attributes, mainly speed and stamina, but he also has well-balanced technical and mental attributes. He has a natural ability of playing in all positions on the left flank except the AML position. If you need a good solid left back this lad can deliver that at a reasonable price.