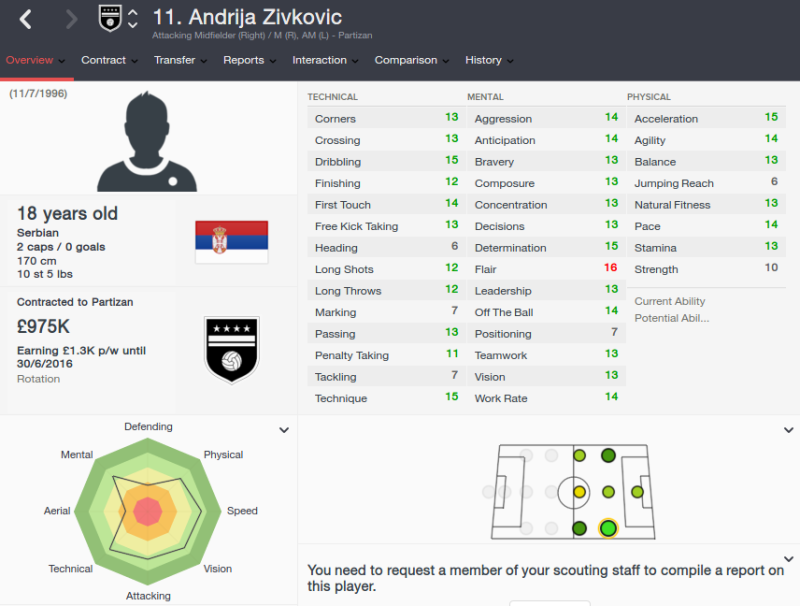 This FM 2016 player profile of Andrija Zivkovic shows an inside forward with bags of potential, technique and flair. The Serbian can create & score for fun. Good enough to start for most middle table top flight clubs from the off, Zivkovic can grow to be a star and enjoys a very flexible game with well rounded ability. In my test save he developed 16 and above for dribbling, technique, composure, decisions, flair, acceleration and vision. That doesn’t include a whole host of 15’s and 14’s.

Inside forwards with good current ability, such versatility and the potential to create something from nothing don’t usually come cheap but Zivkovic costs just £1.6 million. Oh and you should get a work permit on appeal.

Check out the screen shots below, sent by Stefan, showing Zivkovic’s development in his FM 16 save: 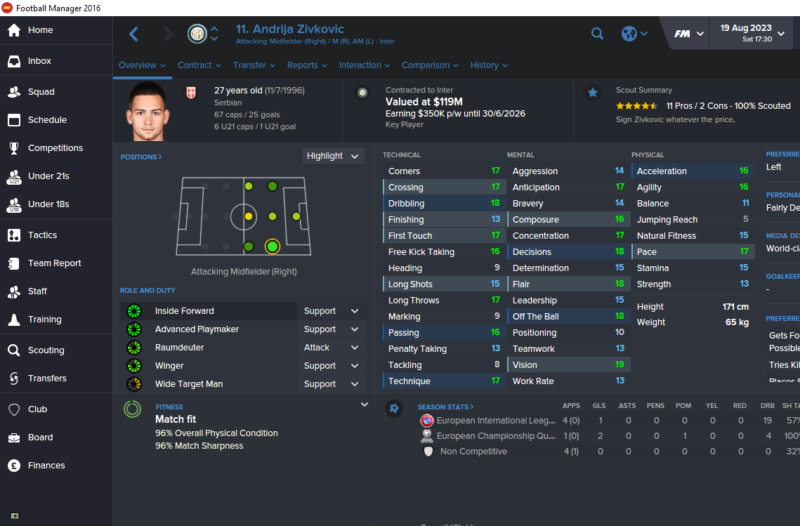 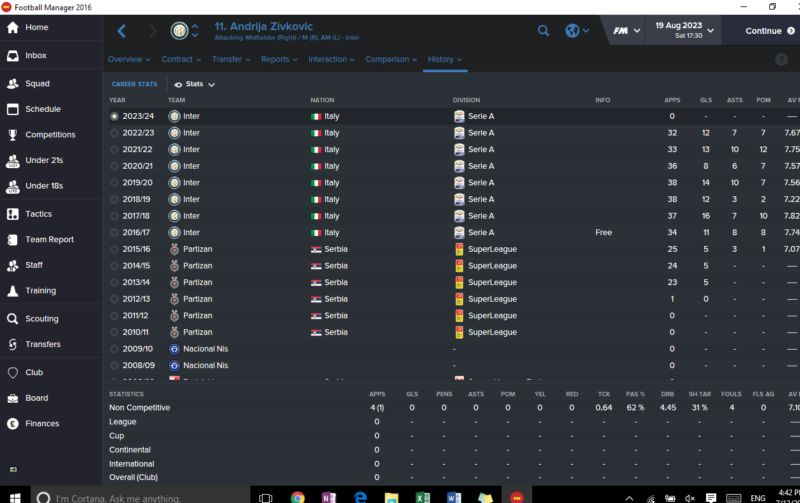 Huge fan of both the Zivkovic’s. Bought Andrija for my Utd save and he was surprisingly denied WP upon appeal. Developed well on loan though and I should be playing him as my backup AMR for at least one season before he takes over.

Yes they are both very talented, I will be profiling the Dutch Zivkovic soon also.

Bought his teammate Ivan Saponjic for just around 0.5 million pound when starting a new save with Gladbach, he looks really talented, have you seen something on how he develops? I am really curious about him. Otherwise time will tell.

Hes not visible in my saves to check unfortunately.

Ok, thanks anyway, I guess it´s up to me to see his full potential. Btw Nico Elvedi(1996) and Mahmoud Dahoud is two players worth checking out especially Dahoud(1996), he has been the most promising talent in Mönchengladbach for a few years now in FM but he seems beter than ever good from the start had has a lot more in him. Maybe they arent good enough for you but could be worth a peek. Thanks for a great job.

He works wonders as a IF in my save. Basically his mental stats help him alot, always deliver last minute winners and crosses. So far never fail me as yet, hopefully able to keep hold of him with a new contract and a 50mil pound release clause

Am I the only one who has Zivkovic 16 determination?