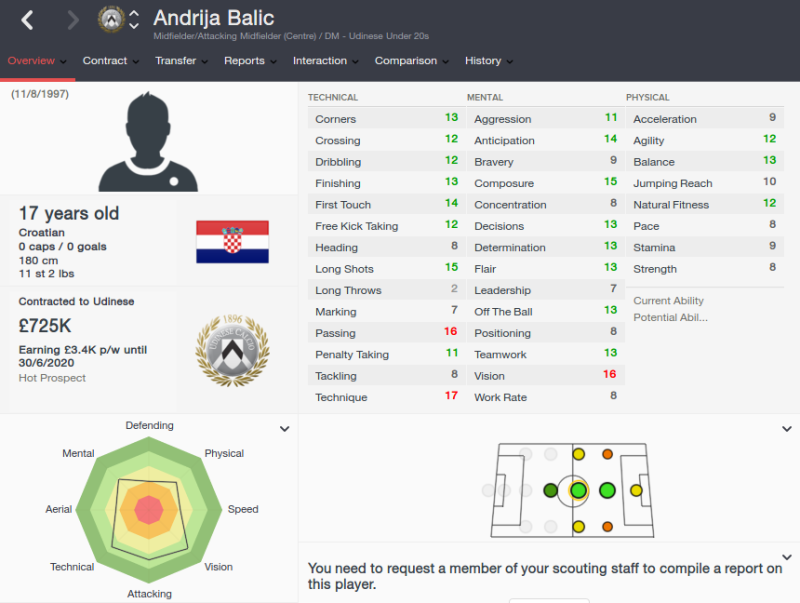 This FM 2016 player profile of Andrija Balic shows a true technician with great potential and an all round game. You could use the young Croatian in rotation from the off which will aid development and hes not badly priced at £9 million. In my test save he developed insane, technique, passing, long shots, vision, composure and anticipation. He is reasonably fast and agile on top of a well rounded technical game.