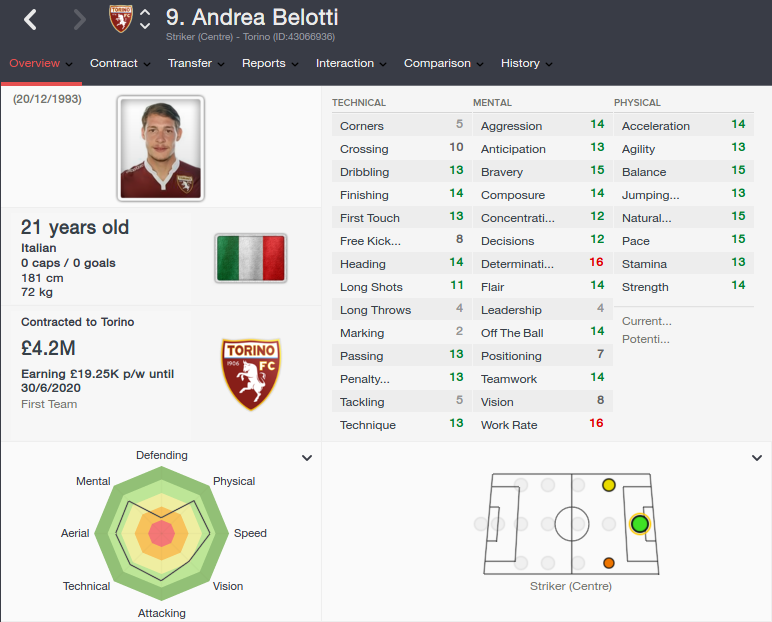 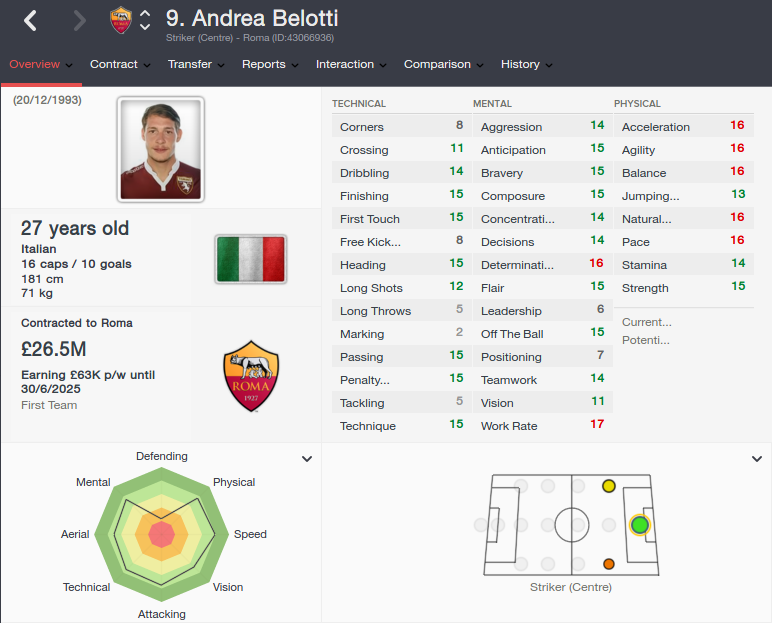 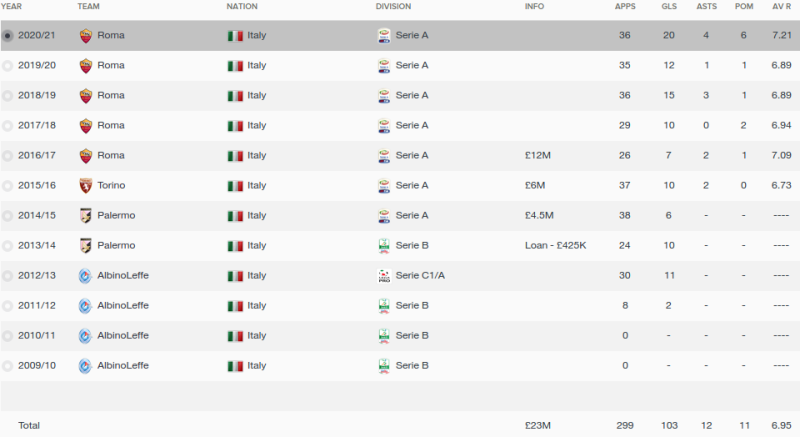 The FM 2016 player profile of Andrea Belotti shows a talented young complete forward, with good starting ability and fine potential. Even though Torino have just bought him, they would be willing to sell him right away for 11 million. That’s not exactly a bargain but I’m afraid there will be competition for his signature, so a better deal might not be available in the future.

In my test save he was bought by Roma at the end of the first season and he remained with them until 2021. He did a great job in the capital, especially in the last season when he bagged 20 goals in 36 apps. He developed very well on the physical side, he became both strong and quick/agile, decent in the air, hard-working and a clinical finisher as well. This lad should make a reliable striker at any club.