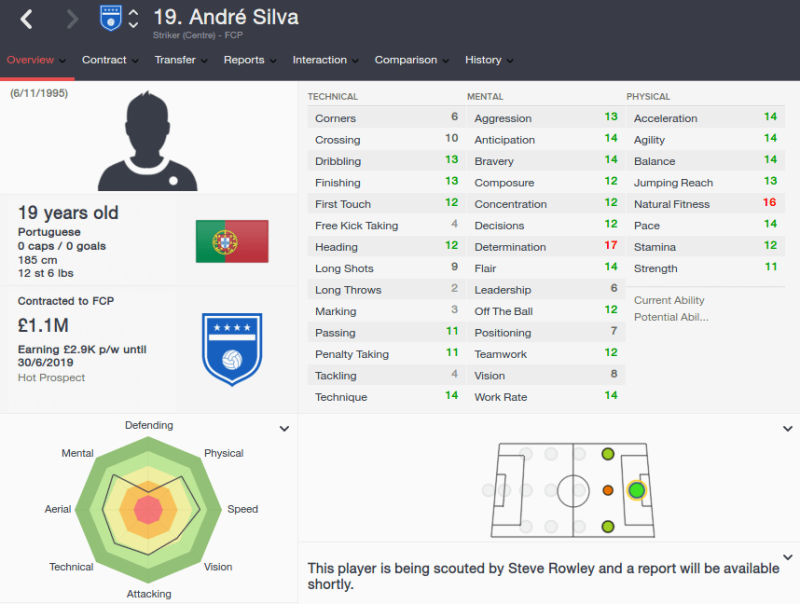 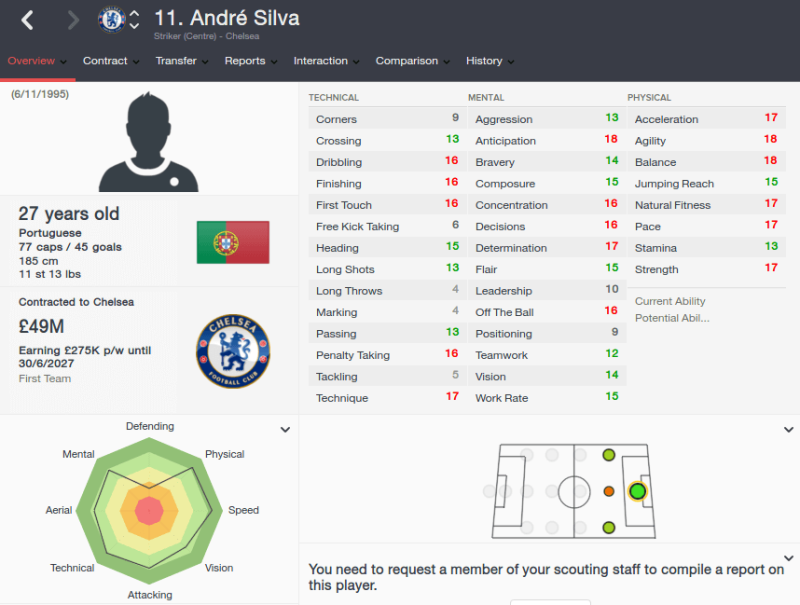 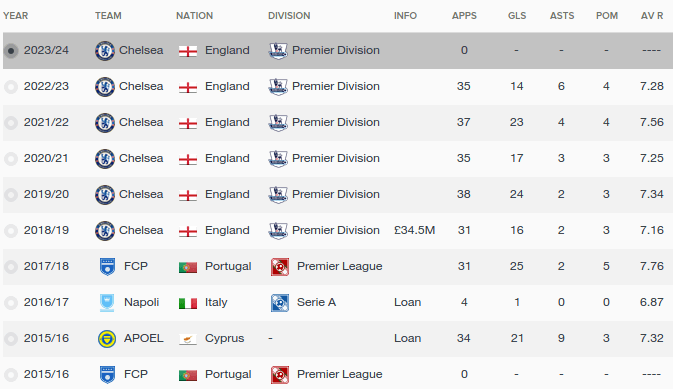 This FM 2016 player profile of Andre Silva shows one of the most exciting potential increases in patch 16.3, a new super striker. Silva starts the game with great attributes and could play off the bench for top teams around Europe. He developed insane attributes in my save, capable in the air, strong, fast, skillful, technically brilliant and a deadly finisher. You really couldn’t ask for a better forward. £17.75 million is expensive but I’d pay it out right if the budget was there.