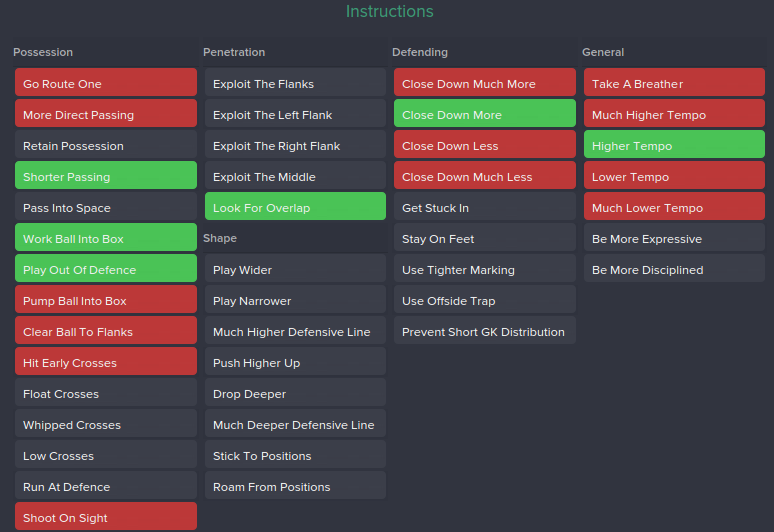 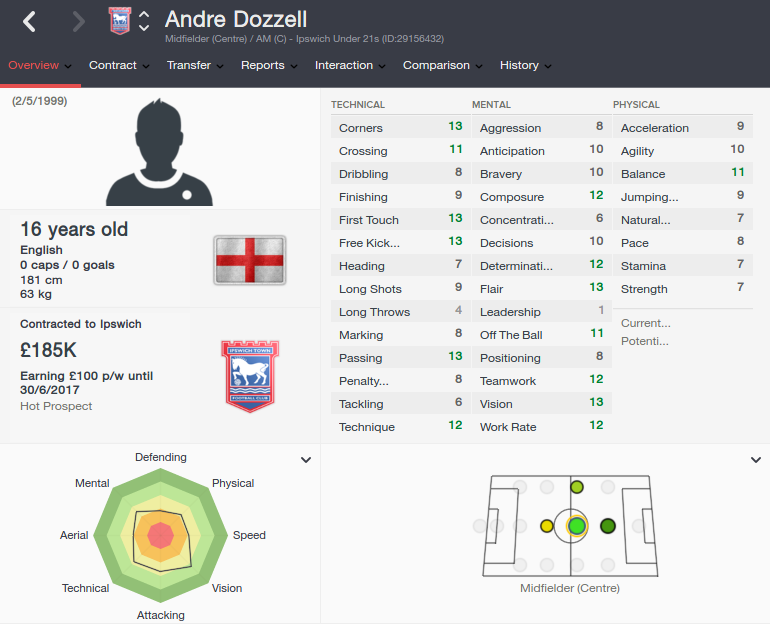 This FM 2016 player profile of Andre Dozzell shows a very raw English talent who, with the right guidance, can become a very capable playmaker in the Premier league.

Looking at his future profile, it is clear that this boy is set up to create chances. With his passing, first touch, teamwork, vision and technique he should be looking to average double figure assists each season. On top of his impressive creativity, he’s also a highly skilled set-piece taker, which is always a must-have.

Despite his good stats however, his performances have been on the whole fairly poor. In fact, they’ve been so consistently poor that I suspect that Ipswich must have been playing him out of position, because his stats are more than capable of dominating the Championship.

And at the compensation price of £425K, you’d be a fool not to at least consider him as a potential star for the future, especially considering how few and far between decent English youngsters are on the game.

Sorry not sure I get it, can you elaborate?

Heisenberg, you know from last year that once the winter update patch comes out we need about a week to update all existing profiles. So, knowing that, I really don’t understand why you need to make such a wise-ass comment.

Gutted that his PA has been reduced for this patch (although, looking at the above profile, he still looks good).

You know Andre is the son of Jason Dozzell the youngest goalscorer in england’s top divison history and also played for Ipswich.