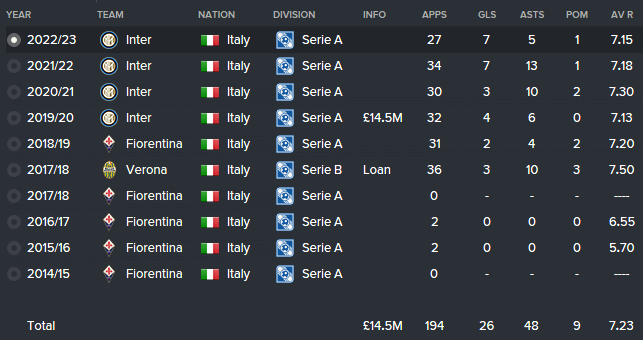 This FM 2016 player profile of Abdou Lahat Diakhate shows a tireless midfielder with the potential to make it with Europes elite. Very well priced too. Yes you will struggle for a work permit but at £875K you can afford to farm Diakhate out until he gains one and loan moves are the best way to gain him experience. Abdou developed well in my test but could have grown more had those first three years not been wasted. Still, good passing, vision, touch, long shots and very well rounded physique make for a warrior in midfield. I see him as a low risk investment with potentially big rewards.