This FM 2015 player profile of Richairo Zivkovic shows a star in the making, a young striker that can develop into one of the most prominent forwards in Europe. You might already know him from the previous editions of the game, this time buying him at the start of your career is a bit more difficult because Ajax don’t want to sell.

With a bit of patience you will be able to get him in a season or two but be prepared to spend over 10 million pounds. In my test save Roma bought him from Ajax for 15 million and then, after a few seasons, sold him to PSG for 54 million. He hasn’t scored as much as I would have expected from a player of his quality though.

His future profile looks great: excellent speed and agility, good off the ball movement and composure plus solid dribbling and killer finishing. He also has reasonable skills in the air. I guess I wouldn’t pay 16 million for him right away but anything in the 10-15 million region is not bad at all.

Check out the screen shots below, sent by Tboy, showing Zivkovic’s progress in his FM 15 save: 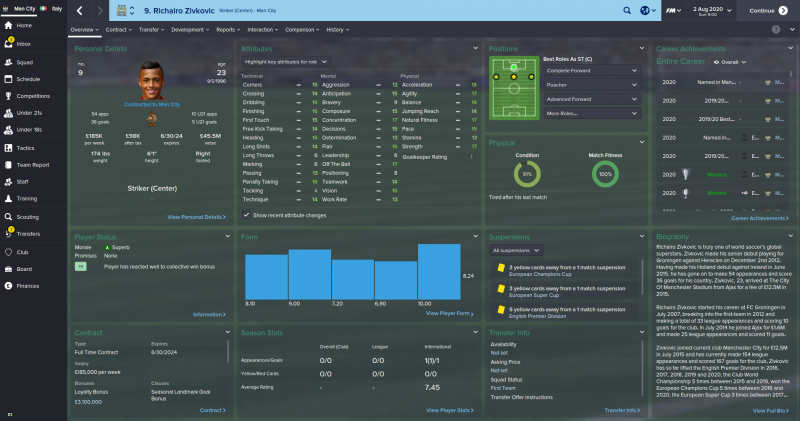 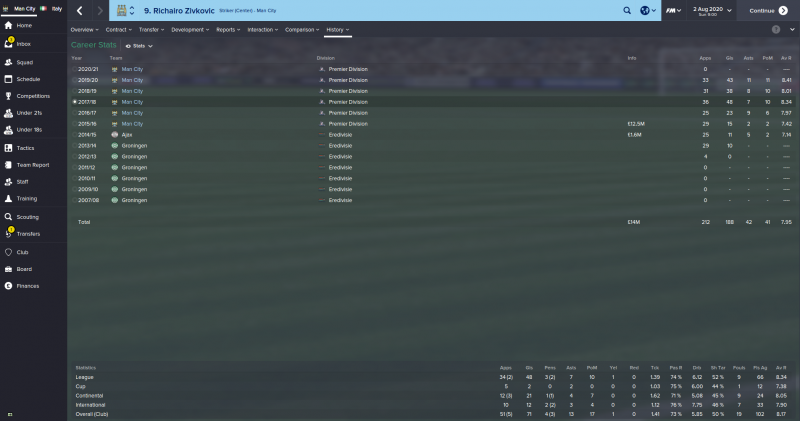 my favourite striker this year, insane scoring ability for me.

Will Angel Correa get a profile?

50 goals in his first season for me with Ajax

Please do a profile on Aymeric Laporte!

He is on my radar.

My Man Utd team in 2018 has both Zivkovics, both amazing! Munir is his only competition for striker, but hes not as consistent

Hey.
You should take a look on andreij kramaric – you can him for practicly nothing in the first winter transfer window. think he’s 22 at the beginning of the game – a pacey striker with dribbling ability. in his first half season for me he scored 10 in 14 for wolverhampton – but he could easily play for a bigger club.

Might get a profile if he develops well enough in one of my test saves.