This FM 2015 player profile of Paulo Dybala shows a well rounded striker available at a decent price. In my test save Dybala developed into a good supporting striker, he can dribble, pass, shoot from range and possess great flair and vision. Add agility to the equation and we have a great false nine. Monaco benefited from the Argentine s goalscoring with more than a goal every other game.

Check out the screen shots below, sent by Edo90, showing Dybala’s progress in his FM 15 save: 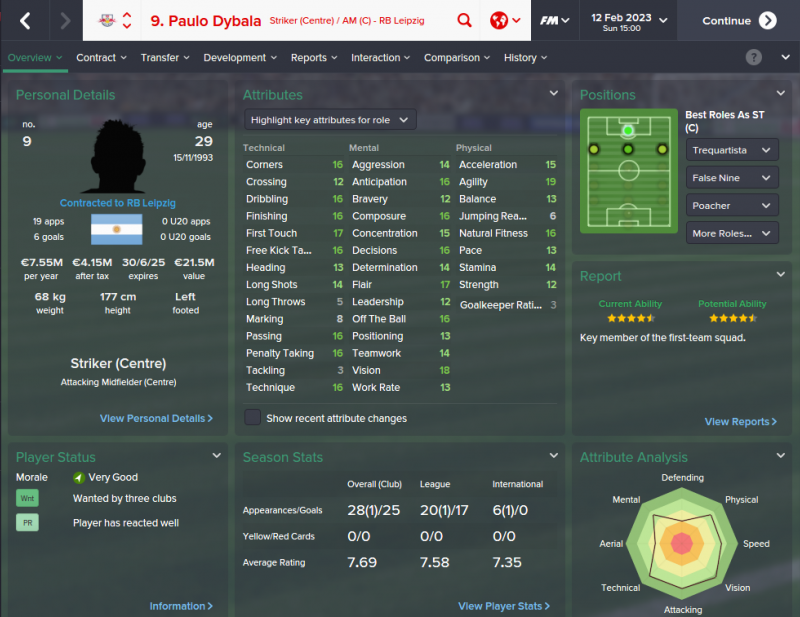 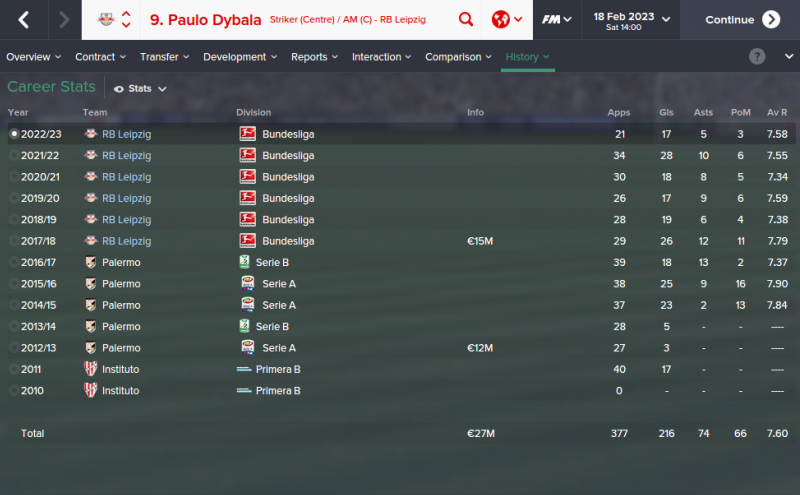 Update: Dybala received a decent CA and PA increase with the new patch hence his increased asking price and you can expect better development than above.