FM 2015 player profile of Marco Asensio shows a well rounded attacking midfielder capable of having an impact almost anywhere. During my test save Asensio developed good attributes in anticipation, decisions, flair, vision, technique, first touch and more. These clearly show a player that can make things happen and certainly don’t show Asensio at his best. I think becoming a bit player during the last three seasons at Real hasn’t helped.

Check out the screen shot below, sent by CristianV, showing Asensio’s progress in his FM 2015 save until 2023: 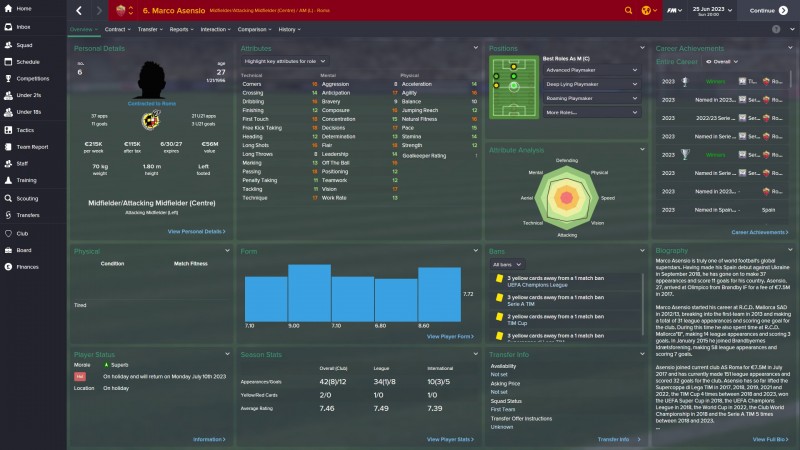