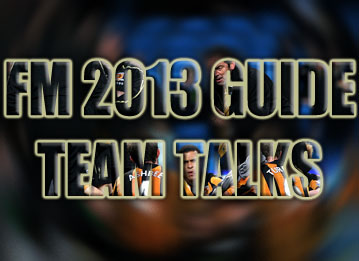 This FM 2015 player profile of Angel Correa shows the complete playmaker and a wonderkid with bags of potential. In my test save Correa developed into a goal threat machine. With 17 or above in dribbling, first touch, passing, technique, flair, off the ball, vision and agility hes a handful. He also anticipates play well and can hit a long range shot to boot. Featuring just behind the forward, Angel scored a fair few and assisted well for Atletico with high average ratings.

I like him as an advanced playmaker or trequartista personally. The minimum fee release may be set to £32 million but he will be hard to sign initially due to just joining the Spanish champions. Hopefully that price tag drops as the game progress’.

Check out the screen shots below, sent by one of our readers, showing Angel Correa in his FM 15 save: 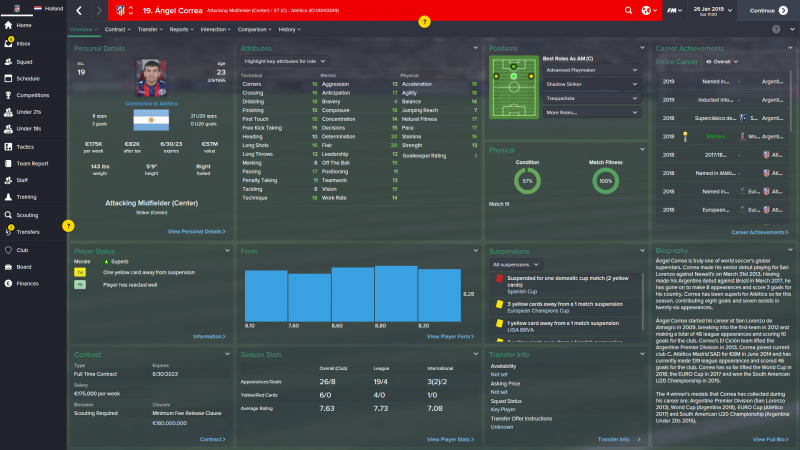 I managed in FM 14 and FM 15, I transformes him imto a great poqche. Cheers

incredible for me as a false nine at Everton. This is in the 3rd season. Got him on loan and buying him for £5m so you can get him quite cheaply sometimes a bit into the game

In FM 14 and FM15, I transformed him in a poacher and did great.
He was the wonderkid of my real life team, but the corrupted board sold it very cheap to Atletico. 40% of the player was owned by the biggest drug cartel of Argentina, the country were the visitors are not allowed to go to the stadium.
Cheers