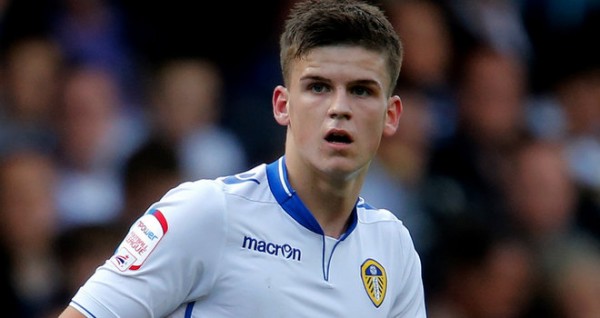 This FM 2014 player profile of Sam Byram shows a talented and young English right back, he managed to become a first team regular at Chelsea in my test save and also broke into the English national team. He is a solid player at the age of 19 as well but Leeds are quite demanding when it comes to selling him, they want 6 million at the start of the game.

In my test save his development was somewhat stopped by Manchester City who bought him but rarely played him. Despite that Chelsea paid 16 million for him and Byram managed to become a first team regular and a consistent performer at Stamford Bridge. His future profile shows solid physical and mental attributes plus a decent set of technical attributes. One thing I should mention is that Byram is one of the few full backs that isn’t a total liability in the air.

Woo! First! And I like that last sentence about not being a liability for aerial battles is very astute.

Thanks for the compliment, we try our best to notice interesting things in player profiles.

I think he will be a nice alternative if you not get Luke shaw.

That is if you need a right back instead of a left back ;)

I went to school with this guy so I normally keep an eye on his development in the game. Never seen him turn out this good though; might have to try out a Leeds save on FM14.

He was a couple of years below me at school but I remember a buzz going round school when he signed for the Leeds academy. There was a guy in my year who was on FM11/12 who played for York City (dean lisles). Playing against him definitely put into perspective how good top players are.

The scouting shows Byram to be only 2.5 stars. Doesn’t match the description above. Should I buy him or should I not ? Leeds are demanding 8.5 million.

The stars a scout gives depend on the club you manage, if you think Byram is not good enough for your club don’t buy him.

I manage Chelsea and I’ve Cesar and Brainslav right now. The latter is 30 and thus I am looking for a replacement. Also , I cannot find Alex Telles despite loading Ukraine , Argentina and Brazil leagues.

If you load Brazil and a large database you should have Telles in your game.

You must have either not loaded Brazil or only loaded it as view only.

Yeah , I got him. Was sent to Zenit in the first season. Encountered him while playing in the euro super league and got him for 2.3 million. Only 3.5 stars though .

Could you do a profile for Daniel De Silva of Perth Glory ? He is 2.5 stars in my game though he is a 5 star in another one’s screenshot.

Again, I recommend you stop obsessing about the stars, those depend on the club you’re at. If you manage Real Madrid for instance Byram would probably get 2 stars or 2.5, if you manage Wolverhampton he would probably get 5. Just look at the attributes and at what the scout says about his potential, it’s the best way.
About De Silva, he has decent potential, once I get a good future career of him in one of my test saves I will do the profile.

Has anyone managed to successfully train Byram as a RWB? Most of the top fullbacks can also operate as wingbacks so I was wondering if anybody has managed to achieve that with Byram.

I just managed to sign Bryam for £2.4m before my third season with West Ham (game is pre last patch)! Bargain I say. I’ll alternate him with Joey O’Brien until he’s a stronger tackler. Looks like I got a great deal!