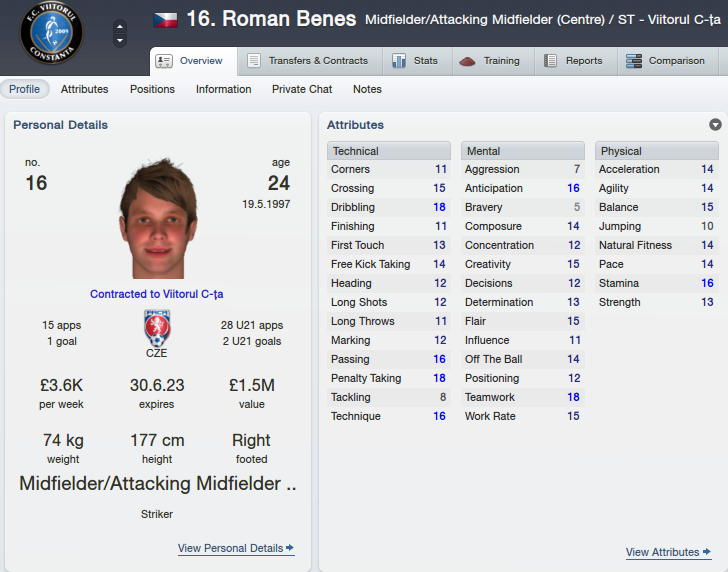 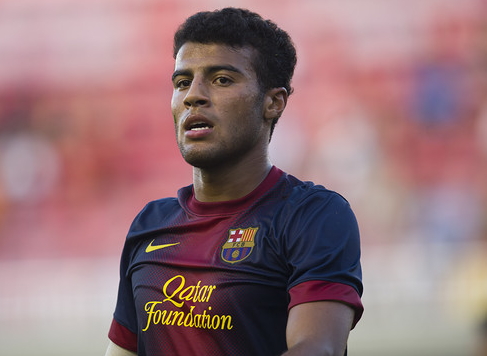 Club: Barcelona (on loan with Celta)

This FM 2014 player profile of Rafinha shows one hell of a creative force that can pass, dribble and even score, Rafinha is the complete midfielder. Thanks again to Wayne for providing the screenshots, in which Rafinha has developed to one of the best creative players in the game. I actually can’t spot a weakness for the roles he’d need to play, this kid is just so well rounded in all three attribute categories which is very rare to find.

I’d probably use Rafinha as my advanced playmaker from MC but box to box midfielder would suit also.

This kid has always been amazing for me, I always sign him for whichever team im managing over the last 2 FM’s.

Yes he has been an excellent player for the last few years, just glad to finally have a screenshot showing that.

You’d have to ask the guy who provided the screenshots, I can only assume he wasn’t wanted by his club.

Yes he would, as long as you are happy to spend the time training for the position too.

Rafinha is a great little player. I signed him on a FREE during Season 3!! All I had to pay was loyalty/agent fee! ^_^ Well worth the money. he’s versatile. and he’s my alternate for Quintero at the moment. I’ll post a screenshot once I’ve developed him a few years. PS The only thing I don’t like about Quintero so far is he asks for a salary raise just about every year! :P Hope I can keep both, but if Quintero walks due to contract demands, Rafinha might find himself the sole starter!

Just bought him for 18.5M after his agent retired :)