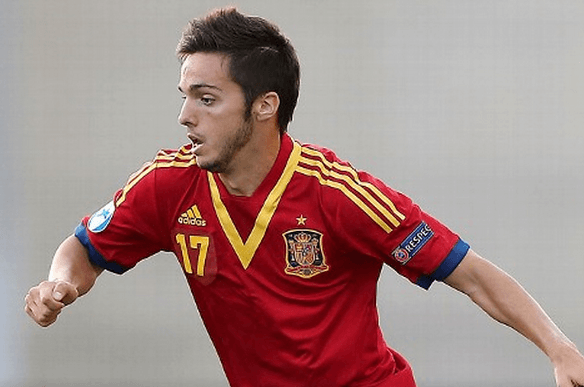 This FM 2014 player profile of Pablo Sarabia shows a very creative winger with plenty of acceleration and a very reasonable asking price. Signed again during my Wigan save, Sarabia was one of our best creative outlets managing 16 goals and 39 assists from 141 EPL appearances. While you could use him as an advanced playmaker from the left, he can also feature as a winger from ML or AML and his attributes are very suited to that. Sarabia developed great flair, creativity, technique, dribbling and acceleration that mean he has all the attributes to beat his man, he also posses’ good crossing and passing so the end product is there too.

At an asking price of £5.5 million he’s another cheap option along with some of the other wingers we’ve profiled for under £6 million.

Yes I certainly think so.

got him for 4 mill at arsenal

Got him on a Bosman in season 3’s Jan. window. Other players I’m thinking of getting on a free in this window like Correa (Real Madrid), Nouri(Ajax) and Tony Trinidad (Feyenoord)and Rossiter (Liverpool).

Good signings for nothing.