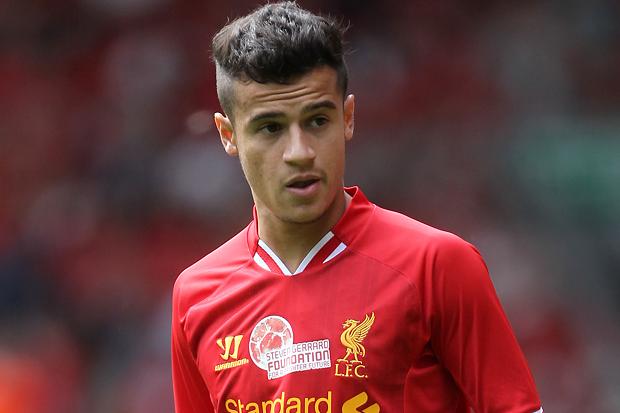 This FM 2014 player profile of Coutinho shows an amazing player, bags of talent and excellent potential. Buying him is not an option at the start of the game as Liverpool require almost 40 million but he is worth poaching later in the game.

In my test save he ended up at Manchester United after spells at PSG and Real Madrid, the Spanish giants got him quite cheaply after a couple of frustrating seasons in France. The future screen shot shows a player with amazing mental attributes, decent speed and agility plus excellent technique. Moreover, in my test save he became natural as a left winger as well in addition to his natural AMC position.

He doesn’t seem to develop fully in this save. He’s incredible in my Liverpool save

That happens to almost every player, they develop better under human management.

dont buy this guy, i bought him for acmilan for just 20 million, but he ended up being terrible swapped him for will hughes who was only 10

The fact that you were unable to get the best of him for some reason doesn’t mean that he’s not good. His ability and potential are undeniable.

Danilo you also have to remember the big transfer fee effect, it happens a lot where great players majorly under perform after making a big move for lots of money, they need time.

Wow, his career seems like career of Michael Owen, first Real Madrid then ends up playing for rival Man Utd. Will you doing the profile of Oscar, Diego Costa, Facundo Ferreyra and Kevin De Bruyne anytime soon? I know its a long list but can u try, thnx man.

Oscar’s profile will be published soon, De Bruyne and Ferreyra will probably get profiles too. Douglas Costa is 24 years old and already very famous, I don’t think there’s a need for his profile.