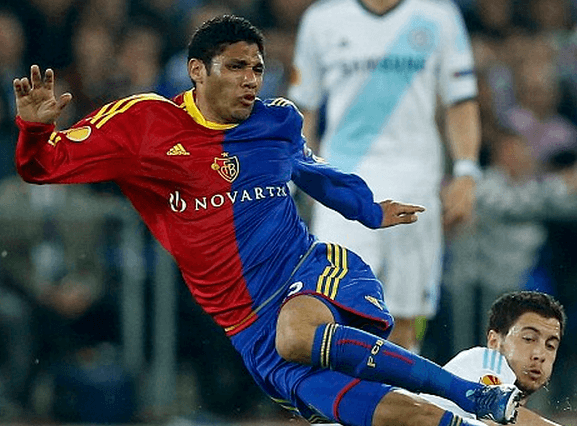 This FM 2014 player profile of Mohamed El Neny shows a well rounded and versatile midfielder capable of been at least your utility man with any club. OK this kid isn’t going to set your pants on fire, I know, but he is an interesting player. Very consistent and one that develops great mentals attributes, he seems to make the right decisions, is insanely composed on the ball and can create a chance from the middle. His technical attributes developed to be very well rounded too, meaning El Neny can do a number of jobs in midfield.

My only negative would be his physicals, they are a little average for my liking, but he’d be great in any holding role and at £13 million he may be a bit pricey but get him while the asking price drops and he’s well worth a bid.

Very good for the portuguese league (I am chasing in my Benfica save) and can cut it out at a team like Sociedad, Valencia or Sevilla at La Liga. Would certainly be a star in the Portuguese, Dutch, Russian and French Leagues.

He’s not the only gem in Basel though

He would certainly star in such leagues and be a good rotational option in the bigger countries.

He certainly isn’t the only gem at Basel but he is the only one I have what I feel to be good enough screenshots to make the profile worthwhile.