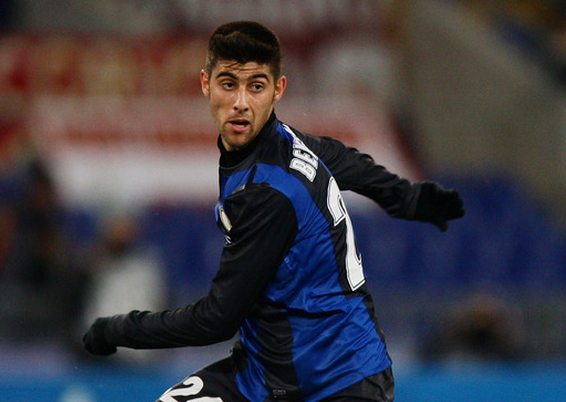 This FM 2014 player profile of Marco Benassi shows a very versatile, creative and talented young midfielder. He’s a utility man, but a classy one at that. Bjork provided the screenshots above in which he managed Benassi very well during a save in which he seems to have the higher reaches of his flexible PA. While this kid doesn’t carry the ball very well and won’t blow away your scoring charts from the middle, he is more of an Alonso. Great for link up play, with fantastic creativity, long shots passing and a solid defensive base all your attacking moves could start with Benassi.

Inter ask for £4.7 million come the games start, but Bjork handled this guys value upto a staggering £38 million so seems like a solid investment to me. Obviously he will vary from game to game as all players do who have flexible PA, but that shouldn’t knock his rating down too much.