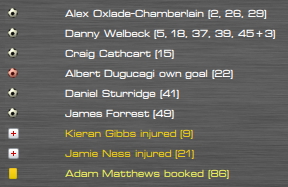 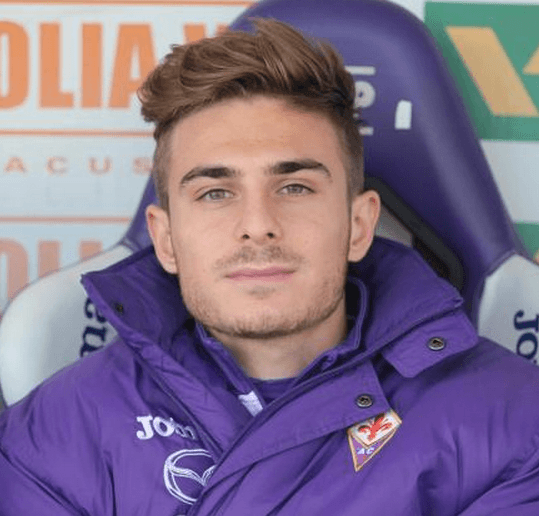 At £6.5 million I’d buy this guy at the drop of a hat, he could fit in as a central midfielder, any type of playmaker or even a box to box midfielder. Valued at £25.5 million in 2022 this kid could turn you over one hell of a profit after serving your club for upwards of 10 years, no brainer.

20 for free kicks again is ridiculous. SI must have made a bit of a mistake with the development of free kicks, they might want to fix that in the next patch.
It seems like far too many players are reaching 20 for free kicks.
Aside from that he looks like a good player anyway.

He is amazing,signed him a while ago when he was young.Takes a little work to develop but is well worth it.

He certainly is, I think he’s worth the investment.

SI have released a patch and among the fixes is development of free kick taking ability.

He reminds me of Pugliese in terms of position and attributes, and although his value is lower he has superior average ratings. He also has a similar PA/CA to Pugliese. Who do you prefer?

I personally prefer Capezzi hands down.

I can’t find this kid anywhere in my save, fresh save as well.

We load a large database and Italia as playable, one of those two settings probably aren’t the same in your save.

I found him finally, he was just hidden in the reserves. Thanks for the help and keep up the good work

Who would you rate higher, Capezzi or Pereyra?

Pls upload the profile of Ezequiel Rescaldini, the Argentine ST from
Velez

Not improved enough in my test save I’m afraid.

How has Ryan Gauld (“mini Messi”) from Dundee United developed?

Can’t check him for a while now as my laptop is knackered but will do when its back.

Looks reasonable for the money, just not good enough for a profile unfortunately but a really good value buy I think.

SI were on the ball.

Managing Udinese in Italy now and could certainly do with a good young Italian centre mid, I’ll have to look him up in my save.
Has Tulissi from Atalanta developed well in any of your saves?

He’s not developed well no but could be down to AI management.

thanks for the reply, he’s developing nicely for me at the moment, going to get him more involved in the first team now. I’ll let you know if he gets good enough for a possible profile…still early days though only in my second season.

Yes they could be compared as similar.

Can’t he has only 8 international caps for Italy, maybe because he didn’t played for any big teams.

Yes that is strange considering his talent, maybe he got unlucky with quality regens too.

Capezzi because of the price. And if you are going to say money doesn’t matter, then I couldn’t pick between them, it would go on a game to game basis.

Managed to get this guy on a free at the end of the 14/15 season as Manchester United. I hope he’ll be a nice replacement for Carrick. Very interested to see how he develops.

Very good signing on a free.

That will vary completely on your game and how their potential ability is on there. Try scouting them.

As mentioned the decision would come down to there potential ability in your save as it is flexible, hence me saying to scout them and check the star ratings, but what you have suggested would probably work best for their player type.

My Scouts only gives him a 4 star potential ability in March 2015, could he still be worth it?

It depends really, remember your scouts can be wrong and those ratings are based on the other players that will play in the same position within your team.

I have both Pugilese and Capezzi in my Barca team. The problem tho is that I also have Xavi, Iniesta, Cesc, Rafinha,Sergi Roberto. Also have Song, Busquets and JDS for the RG/DM position. I’m alternating between Darren’s 4-3-3 control and 4-2-3-1 Tactic. Any suggestions regarding which of the above I should employ in both the tactics?

I’m seeing a recurring theme here, you seem to be signing too many players. Just look at the players attributes, coach reports etc and you’ll soon see who suits which roles. But TBH you have too many players there.

Yes I figured as much but I was thinking perhaps I could send the raw ones on loan to develop further and use the finished products to challenge the mighty Real. But on the flip side I guess I won’t have to make too many signings in the coming seasons….:)

There is that yes and I think sending them out on loan is wise.

There’s not much wrong with his physique in the future screen shot, I don’t see an issue there.

hi darren i would like to ask something.. compared podbga and capezzi which one would you choose????

There’s no comparison, Pogba walks it every time.

Always gets released in my saves