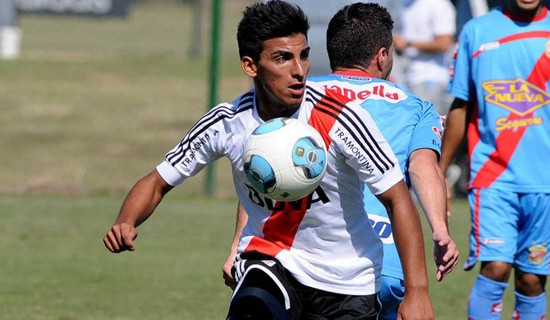 This FM 2014 player profile of Juan Kaprof shows a skilful young Argentinian striker, just 17 years old at the start of the game. River Plate want just over 5 million pounds to sell him right away, a bit too much if you ask me as I think they would let him go for a lot less in a season or two.

In my test save he moved to Vitesse for just 1.5 million and then to Anderlecht for double. He did a good job in Belgium and his value went up to 14.5 million, probably on the back of a 21-goal season in 2018-2019. He developed great speed and agility, reasonable mental attributes overall plus solid finishing and shooting.