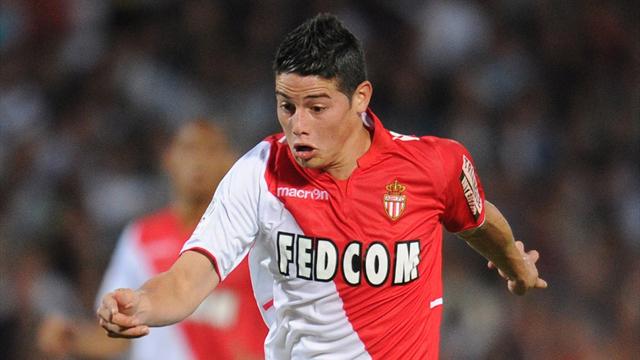 This FM 2014 player profile of James Rodriguez shows one of the best young players in the game, already a world class attacking midfielder at the age of 21. Monaco have just bought him from Porto so signing him right away is not an option. Don’t expect to get him for a cheap fee later in the game either, Monaco won’t sell him easily.

He ended up at Manchester United in my test save after several great seasons in France. Unfortunately he suffered a severe injury in England and his debut season was compromised. Nevertheless, his future profile shows a great number 10, decent on the physical side but absolutely brilliant when it comes to technique and creativity.

At only 25 years it is better in my save that the picture above,this boy is a pass machine ,and and a excelent scorer ! he give 18 goals and 21 assist in my third season at Spurs in all competition, it has been voted Player of the Year in English P. League :) season 2015

I got screens.only anticipation is a little lower ( the age is the blame here) but got 19 pass,better speed ,creativity,tehmique,agility ,etc

It’s world class already ,but i know he came became even better,one of the best in this game