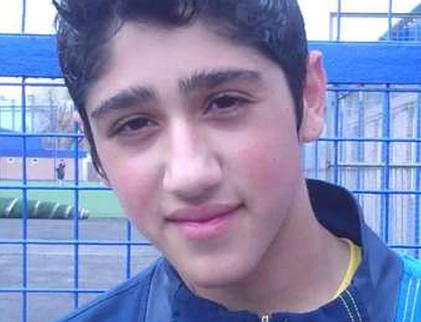 This FM 2014 player profile of Guido Vadala shows a wonderkid with insane technical ability, work rate and teamwork, a must buy AMC. Screenshots come curtosy of Skyfall, who signed Guido with Dortmund then loaned the youngster out for two fairly successful stints with Velez then Gladbach. Guido still missed around two season of consistent first team action though, so I think we could expect even better development if he were to be loaned to lesser clubs in those first two seasons.

That is saying a lot when you consider his future attributes of 17 dribbling, 17 first touch, 19 long shots, 19 passing and 18 acceleration. Those skills can create magic and offer Guido the gift of doing what very few FM wonderkids could dream of. But its surprising to see such an attacking orientated midfielder with excellent work rate and teamwork also. Remember he’s only 20 in the screenshots above, so there’s a lot more to come for sure. All this for just £585K, amazing.

Considering the price and the amazing ability in future, he surely has to be considered one of the best signings in this year FM!!!

I think everyone will have a different opinion there based on the type of players they use but if Guido is your type he’s certainly one of the best bargains.

What do you think is more beneficial loaning young players out or developing them in your reserve team?

All depends on the game time and the level of the competition mate. More, tougher games, at a club with the right coaches, that’s what I’m looking for when I develop.

For me if they are in the reserves and getting no first team football they should be loaned out. But only if they’ll get first team Football on loan. As Edses mentioned its a tough balancing act though as the facilities are bound to be lesser alongside coaches.

Cameron, in a young player I prefer getting their training right and getting their ability and attributes up, more than loaning them up as I see that as not developing as well. The club they go on loan to might not train them how I like, and that that’s more beneficial than first team football in my eyes.

i have a better wonderkid (yes i know its hard to imagine) could i email you the screenshots because you will defiantly want to profile this guy :)

Sure, you can send the screenshots too darrensmith360[at]googlemail[dot]com

Do you have a name for us? Is it a regen or original player?
Would appreciate it if you wouldn’t mind sharing a little more information with us so we can get a jump on looking into your wonderkid- without having to wait on a post (which can sometimes take a while). Thanks.

Usually only takes a while if we don’t have the right screenshots, these ones are good enough so will be profiled Monday. Anyway its Driussi.

Teamwork up 10 in 4 years? Hmm, sounds just a tad suspicious to me…

Are you serious, you are honestly trying to say we are doctoring screenshots? Get your research done before you make ridiculous comments. This kid starts every game with attributes distributed in different areas, so one game he’ll have 9 teamwork, the next 15, the next 12…you’ll have to excuse me but I’m getting seriously pissed with these stupid accusations based on peoples lack of knowledge.

I guess this is where you try and turn it around suggesting you weren’t accusing anyone of anything, won’t buy it mate…but seriously, please stop it, all of you who are doing that. I give you my 100% guarantee none of the screenshots are doctored, what would be the point? However, if you don’t believe me then kindly look elsewhere for tips on players, I don’t care and have had enough of answering these comments now. OK rant over, lets get forget about it shall we.

All I’m saying is that considering the lack of games he’s played (66 in 5 years) I was a little suprised by just how much he has developed. Okay, I made a mistake about the teamwork, I didn’t know that was random attribute because he was, completely by chance, exactly the same on my game as your top picture apart from his determination. But please don’t insult my intelligence, I have been an avid player for years, I know all about random attributes, I just didn’t know that was one. I will stop making any accusations, and looking back at my previous comment, it was a stupid comment which I apologise for. We all make mistakes…

That is fair enough Brucey and I apologize if the reply seemed a little rash…but we’ve had a few of these comments recently all of which have been very inaccurate and its starting to wind me up, I don’t put in all my spare time to be accused of posting fake profiles which would be an absolute waste of time. I don’t do these profiles for my own benefit, I already know the players and how good they are so its not to show off, its to share players ability and help gamers who need it.

I wasn’t trying to insult your intelligence, just suggesting that comments like that shouldn’t be made unless you have checked your facts and then checked them again. As you say we all make mistakes, but there truly is no reason to question our screenshots and its a little offensive when people question the morales of our site, that is why my reply was a little, shall we say rash. Usually I wouldn’t snap like that but it was a build up of such insults and unfortunately yours was the final straw. But of course I’m sure that wasn’t your intention, I can understand how you may have seen a profile that didn’t make sense and you naturally queried it, just not the best timing I guess.

got him in 2018 with Millwall. Play him as defensive attacker. 10 PL matches and 10 goals and 3 assist. He is so good. But can’t hold on to him i think

Very good player for a growing side like Millwall.

Yeah. after one season, Man City brought him for 40 mil pounds

for the guy accusing me or Darren for fabricating Vadala. There’s no way that I did that because I don’t know how and if I knew then it would destroy my playing experience. There were only 2 seasons since I had him and not 5 like you said.

Sorry you’ve completely lost me there.

Could you possibly do a piece on negotiating prices? I’ve been a long time user of these shortlists, but I find it very difficult to get the prices as low as you guys do. Is there some trick? Thanks

I’ve just realised I accidentally went onto the fm 14 shortlist, so that’s why I couldnt get Vadala cheap, but I still struggle to get the prices you guys get. Even when I’m playing the right game

Firstly when are you making the bids? In the first week of a save?