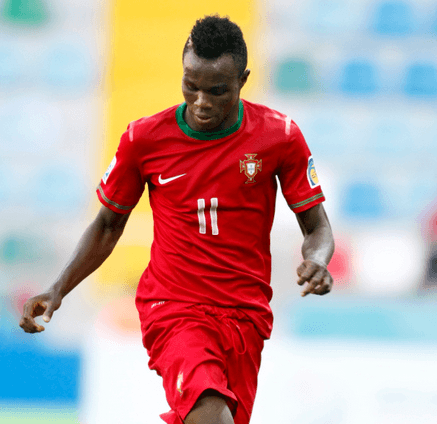 Club: Galatasaray (on loan with Gaziantepspor)

This FM 2014 player profile of Bruma shows a lightening fast winger with amazing ball control and flair. During my test save this kid signed for Man City, I think his time there should be judged by goals as opposed to average ratings which I think are deceiving. One things for sure, Bruma can develop some scary attributes as shown in the screenshots above, and these don’t even show him at his best. Lightening fast, an eye for a set piece and some amazing long range shooting make him an all round threat.

The asking price of £22 million is a bit much and comes form the fact he’s just moved clubs, but this could fall. Another classy feature is Bruma could play from AMR as a winger or AML as an inside forward so he can suit many tactics and styles of play.

Darren, could you tell me if Ravel Morrison does become a player worth buying? he really has the magical potencial, the question is, does he become “the player”?

Not in any of my saves, he doesn’t develop into anything worthwhile. But that could be AI management.

I run with him and Depay on the flanks, they can create magic together.

They certainly can, Depay did well for me too but haven’t tried Bruma yet..

Mane vs Bakkali vs Bruma vs Gerard D on the LW? I already have Allione and Murray for the RW.

It will vary completely on your game really, but I’d probably go for Bruma.

Hope this question makes sense, ive just checked bruma on my save and at age 20 he is completely mediocre and even has stats missing, with no number there (what does that mean?) would it matter that i started my saved game about 2 months ago, could the system have updated since then or doesn’t fm work like that? for example it would it matter if you started a saved game 3 months ago compared to yesterday.. would players ability/PA change etc.?

It means you have attribute masking on in your game, that box needs unchecking when you first set the game up. You can only see his full stats by scouting him. The database hasn’t changed to my knowledge.

How do i turn attribute masking off if im already in a saved game? and do you have yours turned off or left on, for example does it effect realism? just curious..

All attribute masking does is mask some of the attributes, so as for whether it effects realism I guess thats down to your opinion really. I personally turn it off through the tick box upon starting a new save.

So i cant take it off now im already halfway through a save? thanks

I’m afraid not, only at the start when setting up a new save.

Hey, Darren. I’m in need of help. I’m looking for youngsters with lots of potential but play as a winger, LW or RW, any price. I’ve been looking at a few, Bruma, Bakkali, Depay to name a few. But haven’t tried them out yet. Any help would be appreciated.

Gomez from Argentinos and Allione would be good ones to check with Savitskiy and Andre Ayew.