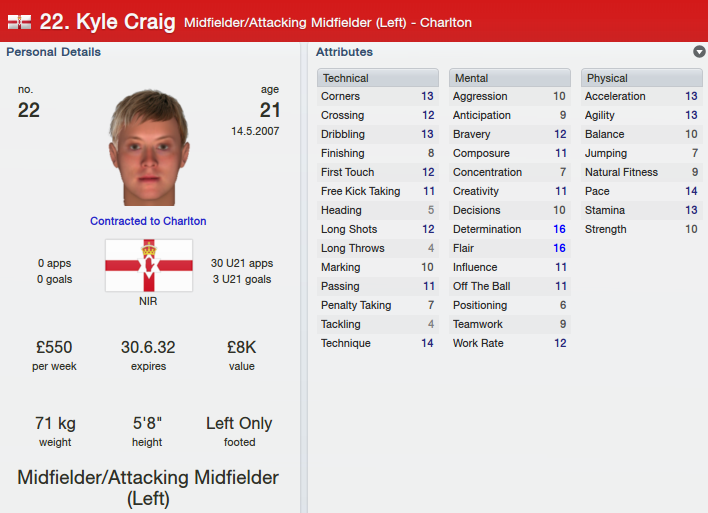 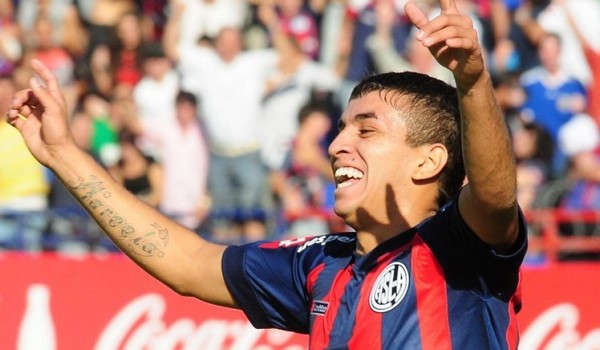 This FM 2014 player profile of Angel Correa shows a great bargain, a very talented attacking midfielder that can be bought for a pretty low fee at the start of the game. His club would let him go for 2.3 million pounds and, depending on where you manage, you would be forced to pay another 1.8 million to his agent for his share of the player’s rights. You have to be swift though as there are quite a few clubs interested in his signature at the start of the game.

In my test save he was bought by FC Porto and he became a first team regular. His goals/assists stats are not that impressive but his attributes surely are: great on the physical side, excellent creativity and flair and superb skills on the ball plus a great right foot for set pieces. Considering the low fee and the good potential I’d say this is a player you must buy right away if you need an advanced playmaker.

A bargain, and should be relatively easy to develop seeing as his current ability is good enough to give him game time from the start!

Great player, and relatively cheap but for my Leeds United squad the agent wanted 2.7 million for the buy-out. I eventually paid it so I could play him in matches but it was a real pain considering how cash-strapped I was at the start of the game.

Those greedy agents! I’m sure he will do well for you though.

How much does he cost?

The answer to your question is in the player profile, please try to read it.

In my save is much better and he is only 20!

looks like a “Santi Cazorla” type of player, if you could get a Cazorla type of player for that price i’d say it’s a good bit of business.

Fantastic player. Golden boy winner in my lufc save 2 years running 22years old worth 24million. Playing as an advanced playmaker or tranquilista behind alberto cerri. Signed guido vadala now whose 2years younger struggling to choose who to use.

He was bought by Atletico Madrid last week

Great, that means I’ll get to watch him on TV next season ;)