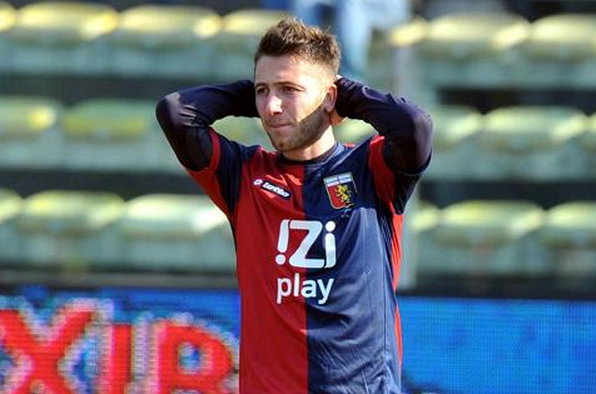 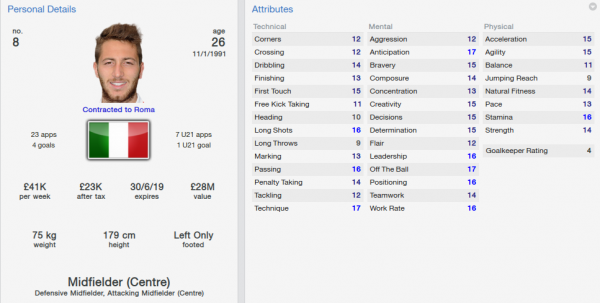 This FM 2014 player profile of Andrea Bertolacci shows another very well rounded midfielder at a good price, capable of being your utility man at least. During Jack’s game Bertolacci developed a good work ethic, physical stature and very well rounded technique. The latter makes him capable of fulfilling most roles at MC, but I’d personally prefer him as a box to box midfielder.

At the start of the game this kid should cost around £5.5 million, maybe a bit much if you are on a tight budget but the bonus is those top six sides could use him in the first team from day one.

Looks like a bargain. On a completely unrelated note, though, seeing as you just redesigned the page, will you invest in better/more servers anytime soon? Absolutely love the page, and I’m sure you’re aware that it’s easily the best and most well written FM-site out there, but the servers are god awful. I do understand this kind of thing costs money, of course.

I’m going to answer the tech question: we do plan to invest in better servers and also in further improving the website. However, the poor site speed these days was not due to the server but apparently to a faulty plugin, I think the problem is pretty much solved now but I’ll keep an eye on it.

He is such a great underrated player, in my Genoa was the leader the first 3 seasons and very consistent. Highly recomended for mid-table teams.

He is one of those players that can go under the radar but his class can’t be questioned especially for top half teams.

Very solid midfielder who can play across all positions in center midfield and available at bargain price, can’t really go wrong with him.

He is another one of those players that does a lot for the team without shouting about it.