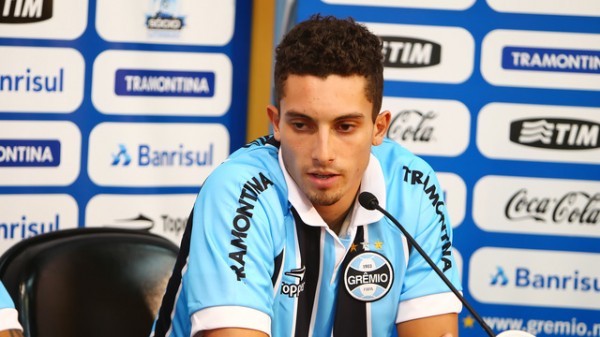 Role: complete wing back / full back / wing back

This FM 2014 player profile of Alex Telles shows a real bargain, a solid young left back. If you manage an English club you will be pleased to find out that he should be granted a work permit (upon appeal) right at the start of the game. He’s not cheap any more though as Galatasaray bought him in January so if you start a game with the latest patch you would have to pay 25 million for him.

In my test save he moved from Gremio to Sao Paulo before making the switch to Europe for a hefty 20.5 million fee, with Shakhtar Donetsk as the buyers. After five solid seasons in Ukraine he decided not to extend his contract and Barcelona decided to make the most out of the opportunity and signed him on a free transfer at the end of the 2019-2020 season. He even managed to get 20 caps for Brazil, not an easy national team to break into.

His 2020 profile shows a player with solid physical attributes, especially speed and stamina, good mentally as well, plus solid technical and defensive skills.

Just checked him out. Now at Porto and worth 20 million :( Any other cheap LBs? Say in the range of 5mill?

Shit dudes, this site rocks, but it´s starting to get cluncky, that premier league news is anoywing on autoplay since I like to open lots of tabs, and for some reason on chrome this site is getting stuck and have to open it on IE.

Thanks. That player is on autoplay only on the home page, so I don’t see how it would become annoying if you open more tabs at once, unless you open the home page in duplicate tabs, which I don’t see why you would do. I use chrome and don’t have any problems, maybe you have an outdated version or/and you need to update flash and other add-ons as well.

seems a solid buy with great potential, are you guys doing wanyama or jerome sinclair any time soon, i have very good screenshots for both of them

Depends on what you think “any time soon” means. If it means next week, the answer is no.