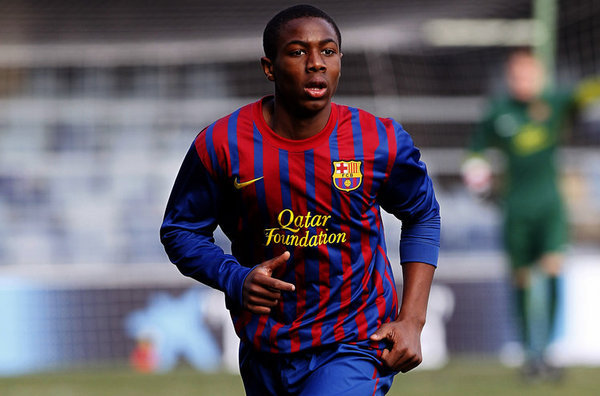 This FM 2014 player profile of Adama Traore shows a young Barcelona talent, a right winger that can become a great player in the future. You just have to release him from Barcelona as soon as possible, he won’t get any game time there so his development will suffer. You can buy him for 1.5 million at the start of the game but he doesn’t want to leave Barca right away. I guess you should wait half a season or a season.

In my test save he was left to rot on the bench for several seasons before Sevilla finally bought him in 2019. Despite getting little or no game time throughout several seasons he managed a solid debut campaign at Sevilla. He also developed good dribbling, nice flair and off the ball movement in addition to great speed and agility. I’m sure he can become better than this if you get him away from Barcelona sooner.

the problem is that he is not willing to leave Barcelona in the first season :(

In the first season, you could easily “approach to sign” him.

Yes that is what the asking price is based on.