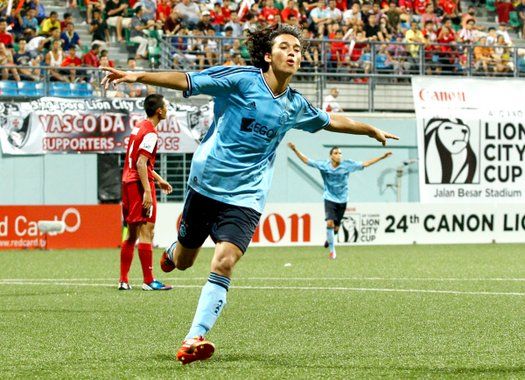 This FM 2014 player profile of Abdelhak Nouri shows a great young talent, a player that can become a very good attacking midfielder in the future. His initial profile doesn’t show much but the potential is there, as you can see from the future screen shot. The best thing about this lad is that you can sign him for just 797K at the start of the game, no need to negotiate with Ajax either as you can approach to sign him directly and pay that fee in compensation if he agrees to sign.

In my test save he was snapped up by Manchester United and even though he didn’t get much first team football in the last couple of seasons he still made pretty good progress until the age of 23. He developed great speed, decent mental attributes and top notch technical attributes, especially when it comes to striking the ball. Considering the low transfer fee I guess signing this lad is a risk worth taking at the start of the game.