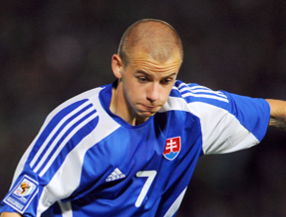 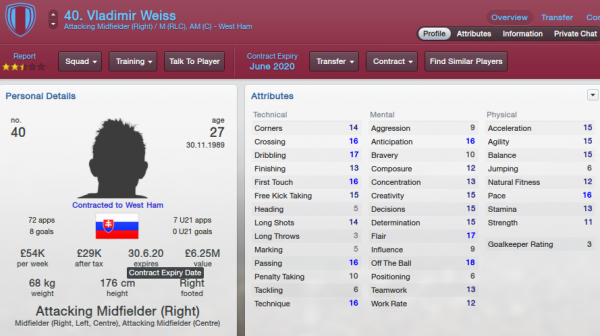 This FM 2013 Player Profile of Vladimir Weiss shows a great cheap winger available for just £5.5 million. Jakob used Weiss from the wings as a starting at West Ham and the 22 year old developed well as a result. With excellent flair, dribbling, crossing, first touch and pace he’s a tricky customer to handle. In the EPL alone Weiss helped with an average of 8 assists a season. This kid would make a great signing for any mid-table team and even stretch to a good utility man for the top 4.