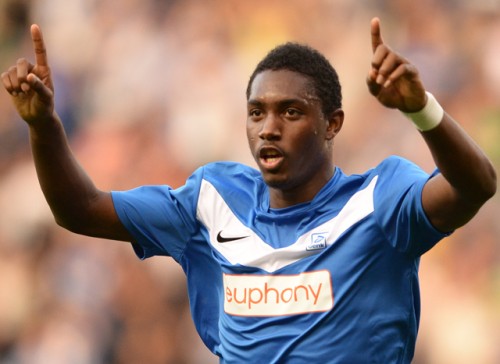 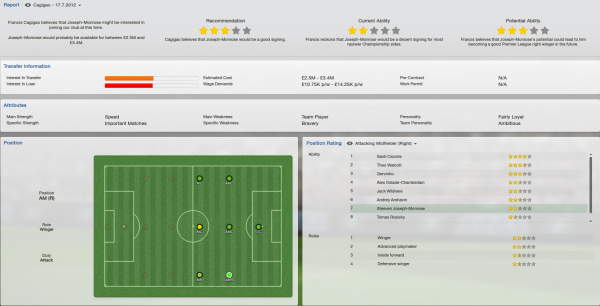 This FM 2013 player profile of Steeven Joseph-Monrose shows a cheap but talented right winger but not only that, he is very versatile and can cover a lot of positions. At the age of 21 the only impressive thing about him is his speed but if you spend the 2.7 million that Genk want you could build yourself a very good right winger.

In my test save he ended up at Fulham after a few stunning seasons with Celtic in the Scottish Premier League. He developed his technique very well and his mental attributes also gained a few points. He can surely become a solid right winger for most top-flight teams and he also has the ability to cover more roles in midfield and attack. A good investment I’d say.